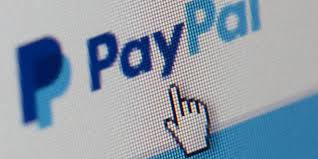 PayPal Holding Inc has become the first foreign operator with 100% control of a payment platform in China, according to Chinese government data, as the U.S. fintech giant eyes a bigger foothold in a booming market for online payments.

PayPal acquired the 30% stake it doesn’t already own in China’s GoPay, formally known as Guofubao Information Technology Co., on Dec. 31, 2020, according to shareholder data from the National Enterprise Credit Information Publicity System.

Financial details weren’t disclosed in the data. The stake purchase came a year after PayPal bought a 70% stake in GoPay for an undisclosed amount，then becoming the first foreign company licensed to provide online payment services in China.

In taking full control of one of the smaller players in the world’s largest payment market, PayPal will compete with domestic payments giants Alipay, owned by Alibaba-affiliated Ant Group, and WeChat Pay, owned by Tencent Holdings Ltd, as China fully opens up its financial sector.

PayPal said in its 2019 annual report its initial focus in China is to provide cross-border payment solutions to Chinese merchants and consumers, linking the country’s commerce ecosystem to PayPal’s global network.

But in that area, PayPal also faces the prospect of competition from Chinese companies.

Bill Deng, Chief Executive and co-founder of XTransfer, a Shanghai-based payment platform start-up that facilitates cross-border money transfers for Chinese merchants, was not shy about his ambitions to emulate PayPal.