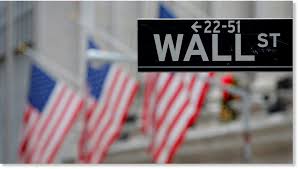 Wall Street institutions in Hong Kong said they are reducing exposure to Chinese companies named in a U.S. ban on investments in companies Washington considers linked to China’s military before the rules comes into force later on Monday.

The three telcos’ shares are included in the local benchmark.

In a separate statement, U.S. custodian bank State Street said an exchange traded fund it manages which tracks the Hang Seng Index would not make any new investments in sanctioned stocks, though it would continue to maintain its existing shareholdings.

The statement said that according to information published by U.S. Office of Foreign Assets Control (OFAC), the fund was no longer appropriate for US individuals or companies to invest in.

The announcements follow statements last week by OFAC clarifying a November order from President Donald Trump that banned Americans from investing in Chinese companies that the U.S. considers to have links with China’s military.

The investment banks’ filings cited a piece of guidance saying the three telecom companies were specifically included in the initial executive order.

Bourse operator Hong Kong Exchanges and Clearing said it was “working closely with the relevant issuers to ensure orderly delisting, and facilitate buyback arrangements being arranged by the issuers.”

There are over 12,000 structured products listed in Hong Kong issued by 15 companies.

Alex Wong, director at Ample Finance Group in Hong Kong said the delistings would “not have too much impact”, as customers could switch to Europe or China based issuers.

Hong Kong’s markets watchdog, the Securities and Futures Commission, said it had stressed to the investment banks that “any action taken by them should be necessary, fair, and having regard to the best interest of investors and integrity of the market, and that investors should also be properly informed as appropriate.”

The New York Stock Exchange – after some flip-flopping – last week said it would delist the three firms’ U.S.-traded American Depositary Receipts on Monday.

China’s foreign ministry has previously said it firmly opposes what it called U.S. abuse of its power to oppress Chinese companies.