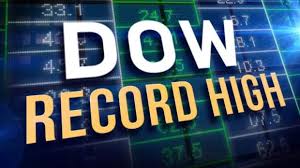 Futures tied to the S&P 500 surged 3.4%, suggesting that last week’s advance, the strongest since April, will resume after the New York opening bell. Contracts linked to tech-heavy Nasdaq-100 climbed 1.5%.

The new leg of the rally in stocks reflects the reduced uncertainty surrounding the U.S. elections, combined with expectations that a Democrat-controlled White House and divided Congress could result in moderate policy measures on taxes and spending.

“The market-friendly bits of Biden will be in place: the lack of volatility, more clear foreign policy,” said Altaf Kassam, head of investment strategy for State Street Global Advisors in Europe. “But at the same time, the bits that the market was worried about—higher taxes and more regulation—will not happen. That’s what’s been driving the market higher.”

Markets saw an additional boost after a vaccine developed by Pfizer Inc. and partner BioNTech SE proved better than expected at protecting people from Covid-19 in a pivotal study, a milestone in the hunt for shots that can stop the global pandemic. In premarket trading, shares in Pfizer rose 8.1%.

“We all sort of knew that November would be a pretty important period for last stage news on the three main vaccines. The news is clearly pretty positive,” said James McCormick, a strategist at NatWest Markets. “We’ve got the election past us and now the market is focusing on what’s next.”

Following the vaccine announcement, the yield on the 10-year Treasury moved higher to 0.888%, from 0.821% Friday. In commodities, Brent crude, the international benchmark for oil prices, rose 9% to $43.02 a barrel as investors hoped a vaccine would reinvigorate travel.

Overseas investors expect that an administration led by President-elect Biden will engage in more predictable foreign policy, and may be less inclined to levy tariffs or unexpectedly escalate tensions with China, Mr. McCormick, said. “Equities outside of the U.S. get a nice lift from this,” he said.

Asia is likely to benefit as higher trade tariffs become less likely, according to Tai Hui, chief market strategist for the region at J.P. Morgan Asset Management. “A lot of the shocks we’ve experienced in the past three years will be less of a concern. And investors will welcome that,” he said.

China’s Shanghai Composite Index closed 1.9% higher and Hong Kong’s Hang Seng Index rose 1.2%. The Chinese yuan rallied to about 6.56 per U.S. dollar in the offshore market, trading at its strongest levels in more than two years.

“The consensus is that Biden will be easier on trade and foreign policy, unlike Trump who is more erratic and aggressive,” said Colin Low, senior macro analyst at FSMOne.com in Singapore.

The WSJ Dollar Index, which tracks the U.S. currency against a basket of 16 others, was largely unchanged near its lowest since June 2018.

“Globally, investors are just happy to turn the page on the U.S. elections,” said Eli Lee, head of investment strategy at Bank of Singapore. Mr. Lee said the feared scenario of a drawn-out contested election had diminished, reducing uncertainty for markets and for policy makers such as the Federal Reserve.

“The Fed has been on the back foot for the past couple of months as it wants clarity on what policies would be on the fiscal front to craft monetary policies to support the economic recovery,” he said.