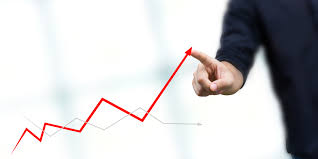 U.S. Senate Majority Leader Mitch McConnell said on Friday that economic statistics, including a 1 percentage point drop in the unemployment rate, showed that Congress should enact a smaller coronavirus stimulus package that is highly targeted at the pandemic’s effects.

The Republican senator told a news conference in Kentucky that the fall to a 6.9% jobless rate, combined with recent evidence of overall economic growth, showed the U.S. economy is experiencing a dramatic recovery.

“I think it reinforces the argument that I’ve been making for the last few months, that something smaller – rather than throwing another $3 trillion at this issue – is more appropriate,” McConnell told reporters.

But his call for a narrow package was quickly rejected by House of Representatives Speaker Nancy Pelosi, a Democrat, who has been working to broker a COVID-19 stimulus deal near the $2 trillion mark with Treasury Secretary Steven Mnuchin.

“It doesn’t appeal to me at all, because they still have not agreed to crush the virus. If you don’t crush the virus, we’re still going to have to be dealing with the consequences of the virus,” Pelosi told a news conference on Capitol Hill.

“That isn’t anything that we should even be looking at. It wasn’t the right thing before,” she added.

Senate Republicans, who oppose a larger package, have twice failed to move forward with smaller legislation worth $500 billion due to Democratic opposition.

Pelosi insisted that any agreement must include effective support for testing, tracing and vaccine development, as well as aid to state and local governments. Trump and his Republican allies have balked at Democratic demands for state and local aid, calling it a bailout for Democratic-run states and cities.