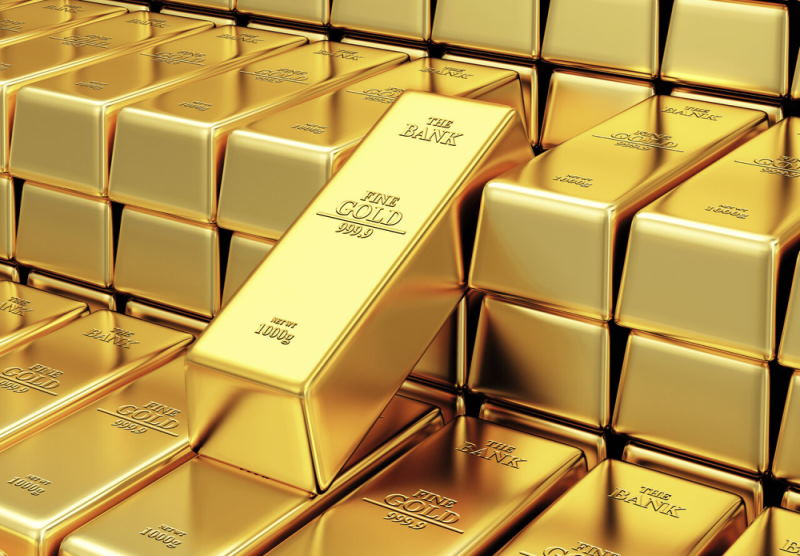 Gold prices edged up on Wednesday, after hitting a one-week low in early trade, lifted by renewed fears over economic recovery and uncertainty around the U.S. presidential election after President Donald Trump’s Covid-19 diagnosis.

However, “if U.S. dollar strengthens more we will see it cap gold prices.”

The U.S. president, who is being treated for Covid-19, called off negotiations on Tuesday over the aid package that was meant to stimulate the economy, until after the November 3 election.

The announcement stoked risk aversion, while bolstering the U.S. dollar and dragging gold prices lower up to 2%.

Gold tends to benefit from widespread stimulus measures as it is widely viewed as a hedge against inflation and currency debasement.

The dollar index was last up 0.2% against rivals.

Trump’s decision to call off stimulus talks increases downside risks for an already shaky U.S. economy, which is likely to favor safe-harbor flows into the dollar, in which the bullion is priced.

Meanwhile, top U.S. and European central bankers on Tuesday called for renewed government spending to support families and businesses hit by the pandemic.

Investors would now watch out for minutes from U.S. Federal Reserve’s September 15-16 policy meeting and vice presidential debate due later in the day.

On the technical front, spot gold may revisit its September 24 low of $1,847.57 per ounce, according to Reuters technical analyst Wang Tao.