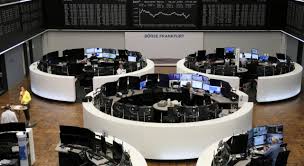 European shares rose in choppy trading on Friday as investors weighed signs of a pick up in M&A activity against the economic threat from growing prospects of a no-deal Brexit.

The pan-European STOXX 600 index .STOXX rose 0.1% at 0835 GMT and was on track to end the week about 1.7% higher. The index has been in a holding pattern since June as economic growth lost momentum due to a stronger euro, increasing the cost of European exports.

Meanwhile, the EU is ramping up preparations for a tumultuous end to the four-year Brexit saga as top officials prepared to brief its 27 members on British Prime Minister Boris Johnson’s plan to break the divorce treaty.

“At this stage one would assume that the most logical resolution would be for the UK to back down: however, there appears absolutely no sign at all that this is going to happen,” said Michael Every, global strategist at Rabobank.

Most of the major sector indexes were lower, a day after the ECB held interest rates steady and said it was closely watching the euro.

M&A activity took centre stage, with Altice Europe’s ATCA.AS shares soaring 25.6% to a three-month high and on top of the STOXX 600 after it agreed to be bought by its founder Patrick Drahi.

Swiss frozen baked goods maker Aryzta ARYN.S jumped 12.4% after it said it was in advanced talks with private equity firm Elliott Advisors over a takeover deal.

The pan-European Euronext exchange ENX.PA edged 1.4% higher as it confirmed with Italian state lender Cassa Depositi e Prestiti (CDP) that they were in talks to buy the Milan stock exchange Borsa Italiana.

France’s CAC 40 index .FCHI saw some changes to its components. Accor ACCP.PA dropped 2% on its exclusion from the index, while Alstom ALSO.PA jumped 1.6% on being newly included.