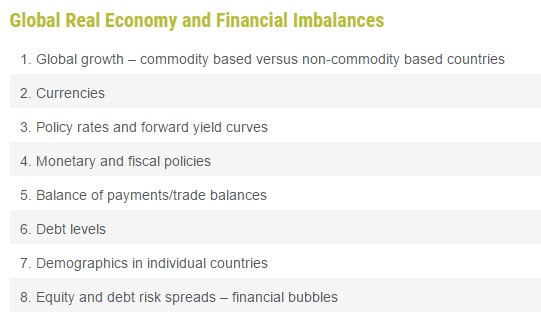 Size does matter you know. There are basketball players, NFL linemen, and the more popular but unmentionable allusion to the bedroom that makes my point, although the older one gets, the more irrelevant playing basketball and football become, if you get my drift. More interesting to me than any of the above, however, is the application of size and its relevance to the animal kingdom. Randy Newman raised eyebrows and a goodly number of hackles three decades ago with his “Short People” ditty – “Short people got no reason, short people got no reason to live” he crooned, and the vertically disadvantaged got mad and the tall people laughed and the world went about its business of favoring size – in this case – when measured from head to toe. Mr. Newman’s parody was so radical that I suspect he was asking us to think, as opposed to expressing an opinion, and if so, he was and may still be more of a Buddhist than a bigot. But I speak not about the size of people here – but to animals of the more ordinary kind.

I am not what you might think of as an animal lover. I’ve had some great dogs and a rather well publicized cat by the name of “Bob”, but on the whole I’ve become more of a life respecter than an inveterate petter of felines or canines. But there’s something about the size of a living thing that increases or diminishes my sense of caring and I’m not sure why that should be. Let’s start at the top of the size chart and see if you share this same bias: Elephants, giraffes, whales. Good vibes? Of course. Who couldn’t love them? They’re either smart, elegant with those long necks, or symbolic of benign power and strength. Would you ever want to kill one? Almost unanimously you’d answer in the negative assuming your name isn’t Captain Ahab or you don’t run a safari company under the name “The Great White Hunter.” But now let’s go small: ants, snails, worms. Feelin’ good now? Not so much I suppose, since almost all of us have eliminated a bunch of these guys with nary an afterthought. Yeah, I know they get into our kitchens and slime across our lawns and driveways, which is something whales don’t do. But a living thing is a living thing no matter what its size. See what I mean? Isn’t this somewhat of an intellectual twister of sorts? Size does matter, but maybe it shouldn’t so much when it comes to living organisms. Small things, as Newman might have agreed, really have as much a reason to live as big things. Don’t get me wrong; I’m not on a stump here calling for the abolition of the Orkin man. I just find it interesting how the bigger they are, the more we seem to love them, but when they get small, we give hardly a damn.

So size does seem to matter in some aspects of life, and it certainly does in the financial markets. Super-size August movements in global stocks are but one sign that something may be amiss in the global economy itself – China notwithstanding. There’s the timing and the eventual “size” of the Fed’s “tightening” cycle that I have long advocated but which now seems to be destined to be labeled “too little, too late.” The “too late” refers to the fact that they may have missed their window of opportunity in early 2015, and the “too little” speaks to my concept of a new neutral policy rate which should be closer to 2% nominal, but now cannot be approached without spooking markets further and creating self-inflicted “financial instability.“ The Fed, however, seems intent on raising FF if only to prove that they can begin the journey to “normalization.”

They should, but their September meeting language must be so careful, that “one and done” represents an increasing possibility – at least for the next six months. The Fed is beginning to recognize that 6 years of zero bound interest rates have negative influences on the real economy – it destroys historical business models essential to capitalism such as pension funds, insurance companies, and the willingness to save money itself. If savings wither then so too does its Siamese Twin – investment – and with it, long term productivity – the decline of which we have seen not just in the U.S. but worldwide.

But this imbalance between savings/investment and consumption is not the only Frankenstein creation that zero percent yields have created. Over the past 6 years and perhaps on average since the beginning of the 21st century, artificially low yields have propelled financial markets and have impacted the real economy in numerous ways which are not well discussed in the financial press nor certainly in Washington, London, Brussels, or Tokyo. I list them below without further elaboration if only because of space constraints. Keeping it short in this case is the right policy.

There may be more that come to your mind but my point should be clear. The global economy’s finance based spine is so out of whack that it is in need of a major readjustment. In this case, even the best of chiropractors could not even attempt it. Nor would a one off Fed Fund increase straighten it out. Major global policy shifts – all in the same direction – are required that emphasize government spending as opposed to austerity and that recognize that competitive devaluations do nothing but allow temporary respite from the overreaching global problem of “too little aggregate demand” versus “too much aggregate supply.” It is demand that must be increased – yes China must move more quickly to a consumer based economy – but the developed world must play its part by abandoning its destructive emphasis on fiscal austerity, and begin to replace its rapidly decaying infrastructure that has been delayed for decades.

What to do as an investor? Recognize that the above recommendations are politically Pollyannaish. The Merkel dominated EU will not change any time soon, nor will Bernie Sanders be elected U.S. President. Global fiscal (and monetary) policy is not now constructive nor growth enhancing, nor is it likely to be. If that be the case, then equity market capital gains and future returns are likely to be limited if not downward sloping. High quality global bond markets offer little reward relative to durational risk. Private equity and hedge related returns cannot long prosper if global growth remains anemic. Cash or better yet “near cash” such as 1-2 year corporate bonds are my best idea of appropriate risks/reward investments. The reward is not much, but as Will Rogers once said during the Great Depression – “I’m not so much concerned about the return on my money as the return of my money.”

In the long run though, the return of your money will likely not pay for college, healthcare, or retirement liabilities.That is the near global conundrum we are faced with as near zero percent interest rates limit capital gains in the future, and if raised too high, will lead to redzone losses. Not much else to say here. Finance based capitalism with its zero bound interest rates has now produced global imbalances that impair productive growth and with it the chances for “old normal” prosperity. Whether you are tall or short, or your portfolio big or small (better to be big!), they’re not going up as much as you hope they would over the foreseeable future.