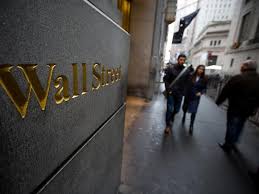 Major U.S. stock indexes climbed on Friday and were on track to log solid gains for the week after data showing historic job losses from the coronavirus crisis were slightly fewer than feared.

The New York Stock Exchange (NYSE) is seen in the financial district of lower Manhattan during the outbreak of the coronavirus disease (COVID-19) in New York City, U.S., April 26, 2020. REUTERS/Jeenah Moon

All 11 S&P 500 sectors were positive, led by energy .SPNY and materials .SPLRCM.

The U.S. economy lost 20.5 million jobs in April, the Labor Department reported. Economists polled by Reuters had forecast payrolls diving by 22 million, but the decline still marked the steepest plunge since the Great Depression.

“It’s tough to call the jobs report, which is what everybody was waiting for, anything but a complete calamity, but relative to expectations you can see some silver linings in there,” said Brian Nick, chief investment strategist at Nuveen, pointing to the large number of temporary layoffs.

“Except for the initial panic in the month of March, in general the markets are ignoring economic data for the most part and are looking more at data related to COVID-19,” Nick said.

Financial markets on Thursday began pricing in a negative U.S. interest rate environment for the first time, as investors grappled with the economic consequences of the new coronavirus outbreak.

Stocks have staged a sharp rebound since late March from the coronavirus-fueled sell-off, helped by massive monetary and fiscal stimulus. The tech-heavy Nasdaq on Thursday erased its 2020 declines and turned positive for the year.

Investors are now watching efforts by a number of states to spark their economies by easing restrictions put in place to fight the outbreak.

“Several states are relaxing their stay-at-home orders now and governments and businesses have stepped up to support many workers and companies, but it remains to be seen what the new normal will look like,” said Tony Bedikian, head of global markets at Citizens Bank.

Optimism for markets was also fed by news overnight that U.S. and Chinese trade representatives discussed their Phase 1 trade deal, with China saying they agreed to improve the atmosphere for its implementation.

Noble Energy (NBL.O) shares gained 10.7% after the company said on Friday it would curtail oil production and further cut its capital spending to cope with a plunge in oil prices.

Advancing issues outnumbered declining ones on the NYSE by a 4.68-to-1 ratio; on Nasdaq, a 3.19-to-1 ratio favored advancers.