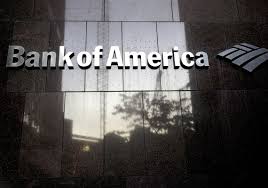 The flood of new applications, combined with changes to the SBA loan submission process made on Sunday, caused technology problems for many banks using the SBA’s “E-Tran” processing website, which was not designed to handle so much traffic.

“Banks of all sizes worked through the night to process #PPP loans with little success,” Rob Nichols, chief executive of the American Bankers Association, the country’s largest bank trade group, said in a post on Twitter on Tuesday.

U.S. Treasury Secretary Steven Mnuchin told Fox Business on Tuesday: “We did have systems issues yesterday; we had the SBA team working through the night. I think we’ve corrected a lot of those issues today.”

Banks were sitting on hundreds of thousands of backlogged loan applications after the first $ 349 billion round of funding released on April 3 was exhausted in less than two weeks.

To ease the strain on its system and ensure fair access, the SBA restricted the number of applications banks could submit to E-Tran to 350 per hour, causing the system to time-out once that limit was hit.

But bankers said they were repeatedly kicked out of E-Tran before they had got near that limit, adding they believed the system was simply overloaded. Some banks had as many as 500 staff working through the small hours in the hopes the system would be less strained, but they still experienced problems.

“I have been trying to access E-Tran since 10:30 yesterday. I have not had a connection for longer than a couple minutes. This is not the result of pacing. This is the result of a system that isn’t working,” Maria Amoruso, an executive at NexTier Bank in the Pittsburgh area, said in a post on Twitter.

The SBA said it has been dealing with unprecedented traffic and has been working around the clock to address the issues.

On Tuesday, the SBA barred banks from using robotic systems which mimic human data entry for putting loans into E-Tran. Such programs “burden the processing system and diminish its capabilities,” the SBA said.

Created as part of a $ 2.3 trillion congressional economic relief package, the program allows small businesses hurt by the epidemic to apply for government-guaranteed, forgivable loans with participating banks.

In the rush to get cash to struggling businesses, the SBA and the U.S. Treasury have been writing the program’s rules on the fly, causing paperwork confusion and ongoing technology challenges for lenders.

“I’m not sure how round 2 of PPP could have been more poorly executed than round one but we lived it today!” tweeted Noah W. Wilcox, chief executive of Grand Rapids State Bank.