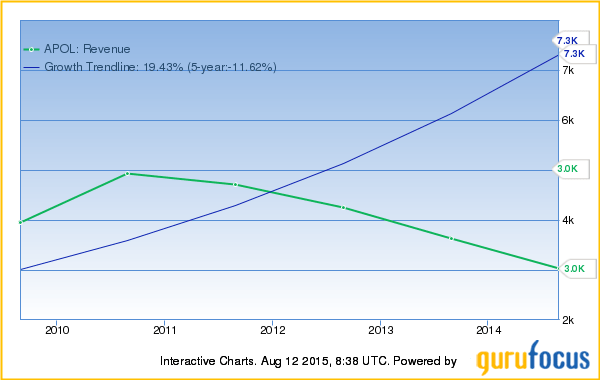 Investors Should Say ‘No’ Because Knowledge Is Like Compound Interest

The plight of the investor is to say, “No,” “Nope”, or “Oh hell no! you lying, cheating… ” not once, twice but over and over again. The simple fact is that there are more unattractive opportunities than stellar prospects. It would be so much easier on the human psyche, if the amount of time we spent on research yielded a steady predictable return. Instead, we invest lots of time analyzing individual stocks only to find many “close but can’t pull the trigger” situations.

I’ve found there’s another way to look at the arduous task of research. The more you say “no” and the more you improve as an investor, the more you can appreciate your own development. You begin to notice many of the companies you say “no” to drift down in price or languish. The more you say “no,” the more patterns and connections appear. The task is most difficult in the beginning because the knowledge base is nonexistent so no connections or patterns exist. But once you get over the hump and knowledge accumulates, saying “no” becomes satisfying. To quote Warren Buffett (Trades, Portfolio), “That’s how knowledge works. It builds up, like compound interest.”

Last year, I actually did say, “Oh hell no! you lying, cheating…” to Corinthian Colleges(COCOQ), one of the largest for-profit colleges in the U.S. The stock plummeted after the government began investigating the company, but that happens in many cases and companies get off with light penalties. Readers may recall news stories of students who refused to pay their debts for enrolling at COCOQ. It turns out the company was accused of falsifying graduation rates and could not recover from the bad publicity. In May of this year, COCOQ filed for bankruptcy. In the past, I’ve also quickly skimmed Apollo Education Group (NASDAQ:APOL) which operates the University of Phoenix.

Tough times for the “for profit college” industry

Understanding COCOQ’s situation, gave me context for the industry’s rapid decline. You can see the revenue trends for APOL, UTI and APEI in the last five years. There’s a steady decline starting from 2011. APEI’s chart doesn’t look as bad as the other two companies, but it will be affected by upcoming military budget cuts. As a result, analysts are negative on the company. 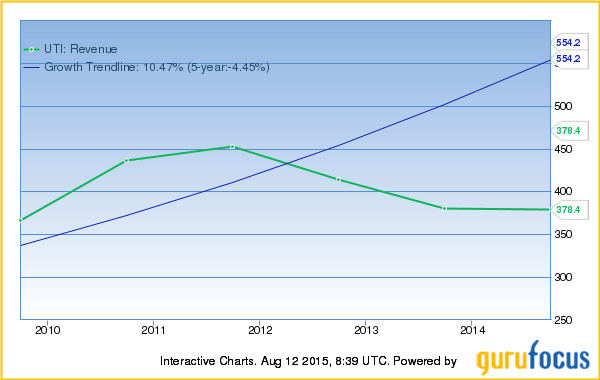 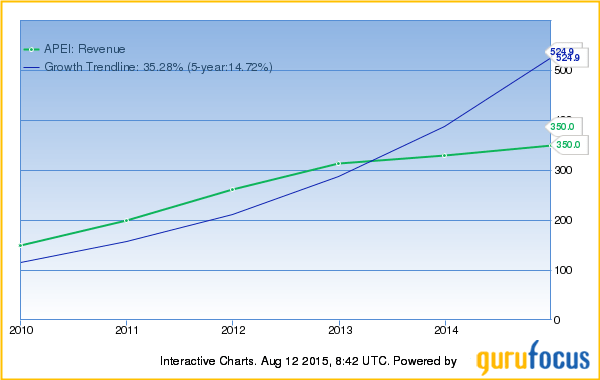