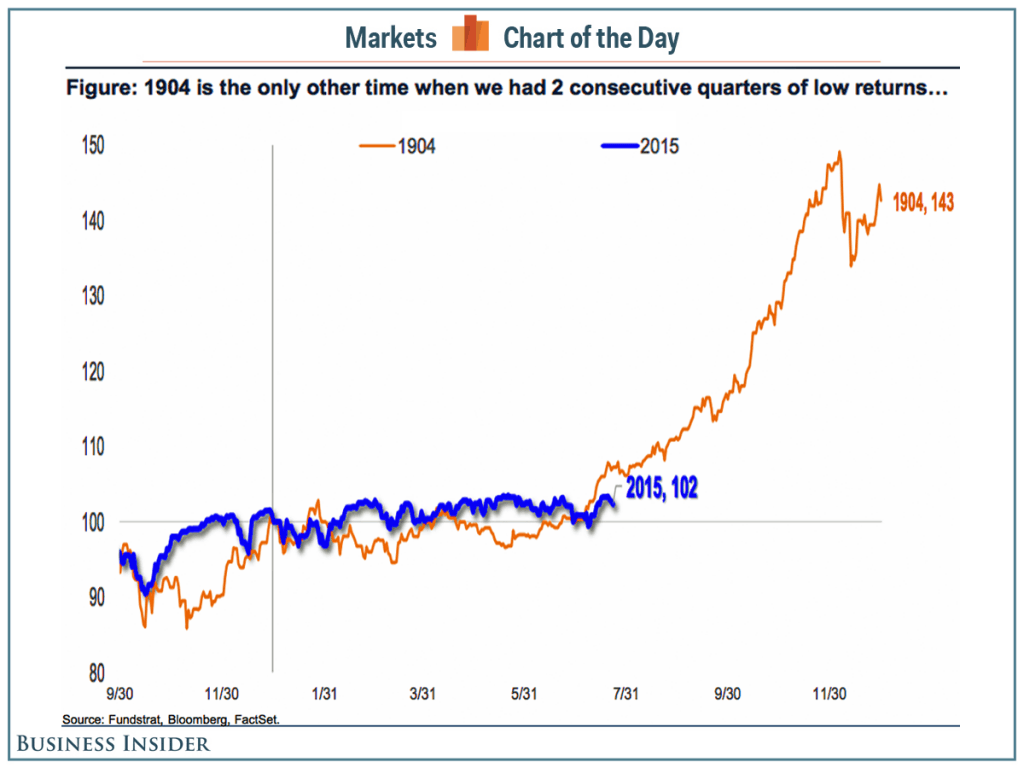 Stocks just did something they haven’t done since 1904

Fundstrat’s Tom Lee has found yet another reason to be bullish on stocks right now.

The last time this happened, it was the Dow that stood still for six months in 1904. But then something else happened: stocks surged 43% over the next two quarters.

While Lee isn’t explicitly saying that he thinks stocks will follow the trajectory of 1904, he says that this should reinforce the old saying that investors should “never short a dull market.”

“There are certainly differences versus today—notably, the US was exiting a recession at that time,” Lee wrote. “However, the key takeaway for us, is that history suggests we could see strong gains in 2H.”