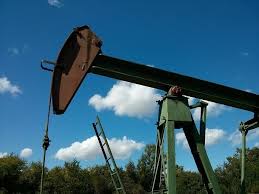 Oil prices rose for a second day on Tuesday as Saudi Arabia, the de facto OPEC leader and the world’s biggest oil exporter, is pushing producers to deepen a supply cut agreement when suppliers meet this week, potentially lowering supply in 2020.

The Organization of the Petroleum Exporting Countries (OPEC) and its allies, a group known as OPEC+, are discussing a plan to increase its existing 1.2 million barrels per day (bpd) supply cut by 400,000 bpd and extend the pact until June, two sources familiar with the matter said.

Saudi Arabia is pushing the plan to deliver a positive surprise to the market before the listing of state-owned Saudi Aramco, the sources said.

OPEC ministers will meet in Vienna on Thursday and the wider OPEC+ group will gather on Friday.

Concerns about the inability of the United States and China, the world’s two biggest oil users, to come to a preliminary agreement to resolve their 17-month trade dispute also weighed on oil prices, along with discouraging U.S. economic data.

A senior adviser to President Donald Trump said on Monday a U.S.-China trade deal was still possible before the end of the year, adding that the first phase of the agreement was being put to paper, but the talks have been dragging on for weeks now.

U.S. factory activity contracted in November, while Trump’s unexpected announcement of plans to reimpose tariffs on steel and aluminum from Argentina and Brazil is also a dampener on prices.