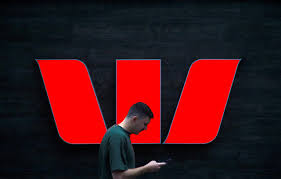 Australian lender Westpac Banking Corp (WBC.AX) said on Thursday it would let investors withdraw their share purchase applications filed prior to the money laundering allegations made by financial crime watchdog AUSTRAC on Nov. 20.

The decision was taken after discussions with Australian Securities and Investments Commission (ASIC), Wesptac said, adding that eligible applicants could withdraw their applications by Dec. 6.

Australia’s second-largest retail bank is in the midst of a money-laundering scandal, which has already claimed its CEO and chairman.

The country’s oldest bank faces a lawsuit from AUSTRAC, accusing it of enabling 23 million payments in breach of money laundering laws, including between known child exploiters.

ASIC launched an investigation on Nov. 21 into Westpac’s A$ 2.5 billion ($ 1.70 billion) share sale, the regulator’s spokesman said in an email, confirming a report in the Australian Financial Review.

The corporate watchdog has not specified any particular law or focus of that investigation, the spokesman said.

All other terms and conditions of the share purchase plan, including key dates, remain unchanged, Westpac said in an exchange filing.

Two of Australia’s top shareholder proxy advisers on Wednesday urged investors to vote out more directors of the lender in the aftermath of the scam.