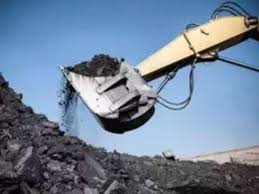 A protest by local villagers in eastern India paralysed the mining operations of Coal India’s Mahanadi Coalfied Ltd (MCL) for the ninth day, a spokesman said on Friday, which could make it difficult for the state-run miner to meet production targets.

Coal India has lost 13 million tonnes, or 2.1%, of its annual output this financial year, due to strikes at eastern Indian Talcher coalfields, officials said.

Up until now, 0.13 million tonnes of coal supply and around 60,000 tonnes of coal production have been affected by village disputes, Dikken Mehra, a spokesman for Mahanadi Coalfields said in a statement.

Residents of Danara and Solada villages have been protesting over arrangements for the transport of coal from the mine, local media reports said.

“Even interventions by the civil administration on repeated requests from local mine management have not yielded any positive outcome,” Mehra said.

Frequent work stoppages at coal mines due to local disruptions reflect the risks investors face in the sector, which India has been looking to open up to private investors.

Earlier this month, operations were stopped at the Talcher coalfields after protests of local villagers over the killing of a trespassing goat in an accident.