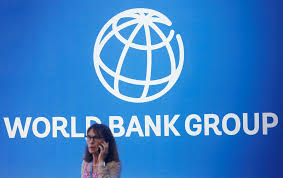 Asia Pacific economies are expected to slow this year due to uncertainty around U.S.-China trade tensions and slowdowns in major global economies could further hurt the region’s exports, a World Bank report said on Thursday.

The report highlights the weakening global demand and heightened uncertainty that led to a decline in exports and investment growth, and points out that increasing trade tensions pose a long-term threat to regional growth.

Countries with proximity to China as manufacturing centres will see limited benefit in the short term as trade tensions and global uncertainties intensify, the World Bank said.

The Washington-based lender said that faster-than-expected slowdowns in China as well as in Europe and the United States could further weaken demand for the region’s exports.

For the long term, the World Bank said the ongoing U.S.-China trade dispute will increase the need for countries in the region to use fiscal or monetary measures to help stimulate their economies and undertake regulatory reforms to improve trade and attract investment.