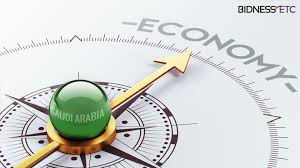 Modest job growth in the United States buoyed world stock markets broadly on Friday, helping calm markets after one of the worst weeks for equities in months.

The unemployment rate in the world’s largest economy fell to a 50-year low in September, helping ease worries that the United States was on a path to recession after weak data earlier this week showed a slowdown in U.S. manufacturing and services. The string of weak data had sharply raised market expectations of additional interest rate cuts by the Federal Reserve.

“We’ve had such a string of bad news, that anything that shows the economy is doing better than perhaps people have been talking about is well received,” said J.J. Kinahan, chief market strategist at TD Ameritrade in Chicago.

Talks between Beijing and Washington will resume next week to work towards a truce in the protracted trade spat between the world’s two largest economies, although hopes of a definitive agreement are pretty low.

The Fed has already cut rates twice this year as policymakers try to limit the damage caused by the bruising trade war.

“This [jobs] data probably reinforces the case that the U.S. is now beginning to feel the effects of the ongoing global slowdown and probably strengthens the case for additional rate cuts, if the Fed chooses to go down that path,” said Sameer Samana, senior global market strategist at Wells Fargo Investment Institute in St. Louis, Missouri.

Global equities could fall as much as 15-20% if negotiations break down and President Donald Trump follows through with his threat of car imports tariffs, UBS global chief investment officer Mark Haefele warned on Friday.

The Swiss bank reckons there’s a 50% probability that additional duties will be announced by the year-end, potentially pushing global growth down to 3% next year, the slowest pace since the global financial crisis.

“Without a resolution to the U.S.-China trade dispute, we see limited upside for stocks in the near-term, and given the risks of further escalation we hold a modest tactical underweight on equities,” he said.