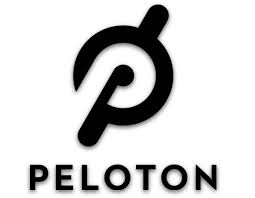 To Reward Investors, Peloton Needs To Ride Like the Wind

The investment world is buzzing that Peloton’s IPO was a bust, and still another signal that public markets are souring on glamorous unicorns that garnered huge valuations from Silicon Valley.

In its debut on September 26, Peloton’s stock finished the day 11% off the $ 29 price that in institutional investors paid prior to the first day of trading. (From management’s viewpoint, that’s hardly a botched IPO because the underwriters sold stock in the offering at a higher price than its share are fetching as a public company.) But the metric that matters isn’t the gap between the private and public valuation. It’s the still-lofty market cap that represents a challenging entry point for investors.

At the close on September 26, Peloton’s valuation stood at $ 7.2 billion, almost 8 times its $ 915 million in sales for fiscal 2019, as reported in its offering prospectus, or S-1. Think of that $ 7.2 billion as Mont Ventoux, a mountain that Peloton needs to conquer by pedaling like a Tour de France winner. Here’s the challenge: How fast does Peloton need to race to hand investors a decent return in the years to come?

Let’s assume that shareholders will want at minimum, annual returns of 10%. We’ll also posit that Peloton can grow rapidly for the next decade, and that after that, it will slow to a rate of earnings growth that mirrors the overall market. To deliver that 10%, it would appear that Peloton’s market cap has to grow 160% by October 1 of 2029, to $ 18.7 billion. But what matters isn’t the trend in total valuation, but the rise in market cap that goes to each share. And Peloton’s future shareholders will face a headwind from heavy dilution because of big stock option grants. The S-1 discloses that following the offering, Peloton has 280 million in shares outstanding, and that it’s awarded another 24%, or 66 million shares in options, most of which are already “in the money.” Hence, its share count is likely to rise by at least one-quarter in future years as current and future options swell the share count. To compensate for that dilution, we’ll estimate that its market cap would need to grow by an extra one-quarter for today’s shareholders to earn 10% on each dollar invested today.

In that scenario, Peloton would need to achieve a market cap of $ 23 billion by late 2029. We’ll forecast its price-to-earnings ratio, or PE, at a projected S&P 500 average of 18, so net earnings would be $ 1.3 billion, or $ 1.6 billion pre-tax. To get there, revenues would need to far outpace costs for a long time, especially given that today, Peloton is booking large losses. In 2019, it posted $ 915 million and revenues and $ 1.1 billion in costs, for a pre-tax deficit of just over $ 200 million, or a negative operating margin of 22%.

If Peloton can grow revenues at just under 21% a year, and hold the expense trend six points lower at 15%, it can win the grand tour. In 2029, its revenues would wax almost seven times to around $ 6 billion, and its costs would expand around four times to $ 4.4 billion, yielding the required $ 1.6 billion in pre-tax income.

The rub: Peloton is getting almost 80% of its revenues selling equipment, and the percentage hasn’t changed much over the last three years. It predicts that strong growth in digital subscriptions—where customers pay stream works and use their own equipment—will enhance growth and margins. And they’re branching into lots of new channels, including apparel. Still, Peloton would have to set a torrid pace for a company that mainly depends on making and selling hardware. Under our model, it would need to achieve a pre-tax margin of 27%, equaling Apple’s profitability, and exceeding Alphabet’s 19%. Nike, another sporting goods company that makes and markets stuff, garners 12% margins.

Judging from its growing multitude of loyal cyclists and runners, Peloton holds plenty of promise as a business. The problem is that the market’s great expectations may be setting a pace that’s tough to match.