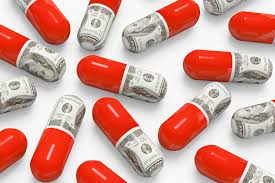 Rate Cuts Are Fine, But Here’s What Investors Really Want

Even before the most recent round of rate cuts by the Federal Reserve and the European Central Bank, fund managers had been banking that the era of low-growth, low-rates would continue well into the foreseeable future. Why so cautious? Their clients haven’t been this pessimistic about the global economy since the height of the Great Recession, a decade ago.

That’s the upshot of BofA Merrill Lynch’s most recent monthly survey of fund managers in which they polled 235 around the world who oversee a combined $ 683 billion in assets under management.

According to the survey, “recession concerns continue to temper investor risk appetite.” The R-word comes up over and over again in the report. Nearly two-in-five (38%) polled, expect a recession in the next 12 months, the highest tally since August, 2009.

What spooks them the most is the U.S.-China trade war, followed by the perceived ineffectiveness of the overly accommodative monetary policy trotted out by central banks around the world. Coming in a close third is growing concerns of a bond market bubble.

There are few signs of optimism to be found anywhere in the survey. Take global trade.

Investors and fund managers seem unmoved by the Trump Administration’s latest gesture to postpone a new round of tariffs on China as face-to-face talks are set to resume in the coming weeks. “When asked about a resolution to the trade war, 38% of those surveyed said the U.S.-China trade war is the new normal and won’t be resolved,” the study noted. Just 30% believe a resolution will be found before the 2020 U.S. presidential election.

In other words, don’t bet on an October Surprise involving trade.

Interestingly, they’re not too concerned about the two-year-ten-year inverted yield curve for U.S. Treasuries. Some may see it as a sign of recession, but not the majority of this group.

The report gets really interesting when the question gets asked: What would you like to see happen in the near future? “Investors cited German fiscal stimulus, a 50bp Fed cut”—after yesterday’s Fed decision, they’re halfway there—”and Chinese infrastructure spending as the policies that would be most bullish for risk assets over the next six months.”

Those polled see a fiscal spending package to upgrade America’s teetering infrastructure as possibly the only area where both Democrats and Republicans in Congress can agree. And that idea sounds really appealing.

—Saudi Aramco is getting what it’s long wanted—perhaps at the expense of its IPO
—Passive investing has exploded. But here’s why fears of a bubble are overblown
—Why the next recession may feel very different than 2008
—Social Security increases in 2020 will be noticeably smaller than this year
—U.S. recession indicators haven’t made up their minds
Don’t miss the daily Term Sheet, Fortune’s newsletter on deals and dealmakers.