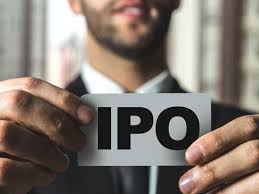 What is Datadog? Everything You Need to Know About Today’s IPO

Chasing the heels of some of 2019’s largest IPOs, Datadog, a software-as-a-service (SaaS) company, may just be a refreshing break from the quagmire of cash-burning companies debuting this year.

On Thursday, the monitoring and analytics company raised over $ 648 million at around a $ 7.8 billion valuation for their IPO. The company sold 24 million shares at $ 27 per share on Wednesday, after initially pricing them at $ 24 to $ 26 a pop under the ticker DDOG. The company began trading on the Nasdaq on Thursday, and shares are already up over 40% as of intraday trading.

But even at the high valuation, analysts suggest investors consider throwing Datadog a bone.

“Fundamentally, everything looks like Datadog is firing on all cylinders and hitting all their metrics,” Matthew Kennedy, senior IPO market strategist at Renaissance Capital, a provider of institutional research and IPO ETFs, told Fortune. “These types of IPOs have proven to be very profitable for investors this year. It’s just the latest high growth software company that investors are excited about, and this one just has growth and profitability that few do.”

In fact, while 2019 IPO investors may have become (wearily) used to high cash burn companies (think Lyft, Uber, and potentially WeWork), Datadog is a breath of fresh air on the fundamentals side. The software company had 97% growth in 2018 (year over year) with $ 198 million in revenue, with a very minimal cash burn (about negative 3%). Compare that to the multi-billion dollar cash burn of several of 2019’s largest IPOs, and it’s clear why investors are chasing Datadog. In fact, according to research and advisory firm IPO Boutique, the offering was already oversubscribed before its debut—meaning there was more investor demand for shares than actual shares to sell.

“Datadog is such a rare combination of growth and profitability, so it is unlike most of the IPOs we’ve seen this year, even the ones that have gotten extremely high valuations,” Kennedy says. With around an $ 8 billion enterprise value and 30x’s trailing sales, Datadog is a big ask for investors—but Renaissance Capital’s Kennedy believes they are willing to pay a pretty penny.

“Software multiples look elevated right now, and I think that investors are looking at Datadog as such a strong, long-term play for data analytics,” Kennedy says.

To boot, the cloud monitoring company boasts around a 150% dollar-based retention rate (what Kennedy calls “so sticky it stays there”), and D.A. Davidson’s Rishi Jaluria writes that “Datadog’s strong growth rates have continued, with [the first half of 2019] revenue up 79% [year over year], which we believe makes Datadog the second-fastest growing software company after [Zoom Video Communications]”—and even calls the company’s financials “beyond impressive.” Coupled with an aggressive opening price of $ 27 a share, analysts are confident the software player will perform well.

But Datadog isn’t alone in the field—in fact, there are several competitors, including Dynatrace and New Relic, that may give Datadog a run for investors’ money.

New Relic is almost twice the size of Datadog, according to a D.A. Davidson report, and boasts higher gross and operating margins, and similar metrics on enterprise and platform, Jaluria writes.

Datadog isn’t the only SaaS (or cloud) company to go public this year. Notably, Slack went the unusual direct listing route earlier this year, but has since had poor performance in the stock market, with shares currently down over 30% from their opening price. Still, even at $ 27 (on the top end of their pricing), Datadog is priced fairly competitively to others in the software space, Kennedy argues. In fact, he believes “given where some of the peers are, there’s a case for upside.”

It looks like everyone is chasing Datadog—according to Bloomberg, Cisco Systems even offered the software company $ 7 billion to buy it out, which Datadog rejected in favor of an IPO.

One thing is clear—investors seem to be chomping at the bit to get in on Datadog. “I can easily see them trading up from [$ 27 per share], but we are conscious of the fact that software multiples look above the historical mean,” Kennedy says.