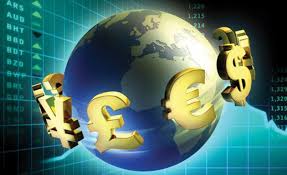 FedEx Fails to Deliver on Earnings. And That’s a Bad Sign for the Global Economy

If shipping giant FedEx is often regarded as a canary in the global economy coal mine, this canary is looking a little peaked.

FedEx shares tumbled roughly 10% after Tuesday’s market close after the company said revenues in its first fiscal quarter ended Aug. 31 slipped to $ 17.1 billion, while its net profit fell to $ 2.84 a share from $ 3.10 a share a year earlier. Analysts had forecast earnings of $ 3.15 a share, according to FactSet.

“Our performance continues to be negatively impacted by a weakening global macro environment driven by increasing trade tensions and policy uncertainty,” said CEO Fred Smith. Even worse, FedEx slashed its full-year profit forecast to between $ 11 a share and $ 13 a share, down from Wall Street’s consensus forecast of $ 14.62 a share.

With global economies sagging, lots of companies are bracing for weaker growth. But FedEx’s disappointing earnings report is especially worrisome for one key reason: It’s widely seen as an early warning system for global commerce.

“I hear people saying the economy is growing because they are looking at the gross domestic product,” says Dale Rogers, a professor of logistics and supply chain management at Arizona State University. “But GDP is a rear-view mirror of an indicator. It tells you what’s already happened. FedEx is a bellwether because it tells you what’s going to happen.”

Unlike UPS or the U.S. Postal Service, FedEx isn’t highly dependent on shipments to consumers, which make up about 20% of FedEx’s business. The rest relies further up the business food chain: Shipments from suppliers to manufacturers, for example. In other words, long before consumers even have a chance to buy those manufactured goods. What happens to FedEx augurs what could happen to the economy about 9-to-12 months down the road, Rogers says.

FedEx was also hurt by its move last month to end its delivery contract with Amazon, although the damage from that move was relatively modest. FedEx shared with investors a chart from Rakuten Intelligence that showed its share of the last-mile shipments (that is, delivery to consumers) has steadily held below 5% for the past few years, far below the shares of UPS and the USPS, indicating it’s insulated from Amazon’s ambitious plans to deliver its own packages.

Instead, in a conference call discussing earnings, FedEx executives made it clear the biggest impact weighing on its financial performance was a global economy stymied by a trade war and a recession in some countries. CFO Alan Graf said the “vast majority” of the reduction in FedEx’s guidance was “associated with the macroeconomic conditions that we did not expect.” Smith added that the company is also taking steps to reduce capacity, including retiring several dozen aircraft.

Asked why FedEx didn’t start cutting capacity until long after the U.S.-China trade war began, Smith said, “Last fall, we were the first people to call this out. And I remember very vividly. I mean, we are the leading prognosticator of this.” Early this year, however, hope for an imminent trade deal led to a “tremendous amount of euphoria” before talks collapsed into new rounds of tariffs later on. That sent a chill to other economies, such as those in Europe, where FedEx is active.

And while FedEx is now reacting by cutting costs, Smith indicated that others remain in a sort of denial. “I watch the business press every day and I have to tell you, I think there’s a lot of whistling past the graveyard about the U.S. consumer and the U.S. economy versus what’s going on globally,” Smith said.

Rogers says the weakness in FedEx’s numbers echoes other leading indicators he helps to track in the Logistics Managers Index, such as transportation prices and warehouse capacity, which are slowing, if not down from last year. Global shipping giant AP Moller-Maersk has also warned that trade wars are slowing global shipments.

The ongoing trade war between U.S. and China may stand at center stage right now, but other trade disputes are adding to a broader trend of fraying trade alliances in 2019. Japan and South Korea are locked in their own bitter trade war, while the Brexit drama is threatening to hurt economies in the U.K. and the European Union alike.

“Even without the trade war, we’d be seeing a change in growth. but the trade war has tipped the scale,” Rogers says. “It’s not just President Trump. There are underlying tensions that are starting to come to the surface around the world. Trump is the messenger of the time. He’s the reflection, but not the complete cause of it.”

—Saudi Aramco is getting what it’s long wanted—perhaps at the expense of its IPO
—Passive investing has exploded. But here’s why fears of a bubble are overblown
—Why the next recession may feel very different than 2008
—Social Security increases in 2020 will be noticeably smaller than this year
—U.S. recession indicators haven’t made up their minds