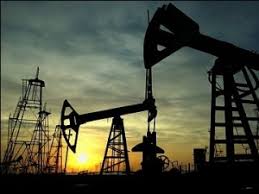 Peak Oil Uncertainty: Crude’s Record-Setting Jump Roils Global Markets—and the Worst May Be Yet to Come

Crude oil prices soared and markets fell on Monday, and now there’s talk of what seemed impossible just last week—oil prices topping $ 75 a barrel. Nobody knows for sure how bad the prospect of suddenly expensive crude could get for a global economy that was already sputtering.

That’s the upshot from this weekend’s drone attack on Abqaiq, the largest oil processing facility on the planet, located deep in the heart of Saudi Arabia’s energy industry. The sneak attack forced Saudi Aramco to shut down 5.7 million barrels per day (bpd) of crude production, “equating to 7% of the current global crude and condensate production,” Rystad Energy said in a research note on Monday.

“The world is not even close to being able to replace more than 5 million bpd day of Saudi Arabian exports,” Bjørnar Tonhaugen, head of oil market research at Rystad Energy, told Fortune. “This is an attack on the blood oil system of Saudi Arabia. It’s very significant.”

Rystad had calculated on Sunday that crude prices would spike as much as $ 10 a barrel—and sure enough, at one point, it did—as the world awaits how quickly Saudi Aramco can get back to full production. It’s this waiting game that’s unnerving markets.

At the start of the trading day in Asia, crude prices soared by an unprecedented clip, up nearly 20% at one point, before coming back down to earth. Brent crude topped $ 65 per barrel, its highest level in two months. Some analysts on Monday began to speculate that crude oil prices could rise to above $ 70-$ 80 per barrel if it takes Saudi Aramco weeks to get the operation running at normal capacity again. At that stage, consumers would feel the pain, and global economic growth, already in doubt, could falter.

Furthermore, if the saga were to erupt into open conflict, dragging Saudi Arabia and its allies into a series of retaliatory strikes with Saturday’s attackers, Yemen’s Houthi rebels, and/or with the Houthi’s principal ally, Iran, it could send crude prices climbing even higher, to above $ 90 per barrel.

Either way, the oil market has entered a new phase. Oil prices were trending down in recent months as the focus was on the effects of the U.S.-China trade war, and the shrinking global demand from slowing economies. Now, like the flip of a switch, it’s all about geopolitical risks in the region, and dealing with a mammoth supply shock the magnitude of which the markets haven’t seen since the era of Saddam Hussein sending tanks rolling into Kuwait in 1990.

“Slower global growth was beginning to act as a drag on oil prices, but the risk premium goes the other way and that in turn is another drag on global growth,” said Kit Juckes, global fixed income strategist at Societe Generale.

The impact on the currency and equities markets was acute. The safe-harbor dollar jumped. Europe’s airline stocks, meanwhile, were among the biggest losers on Monday. Ryanair Holdings and Air France both dropped more than 4 percent as markets opened. Energy stocks, meanwhile, were out of the gates strong, with BP Plc and Royal Dutch Shell leading the way.

But energy analysts were mainly focused on what the disruption would mean for Saudi Aramco and its much-anticipated IPO. The consensus: not good.

—The European Central Bank’s ‘Bazooka’ is back. This time, with less of a bang
—Nestlé, world’s largest food supplier, aims to eliminate all greenhouse gas emissions by 2050
—BP’s CEO says he’ll sell oil projects to meet Paris climate accord goals
—The U.S. and China are easing back on trade war tariffs as talks near
—Listen to our audio briefing, Fortune 500 Daily