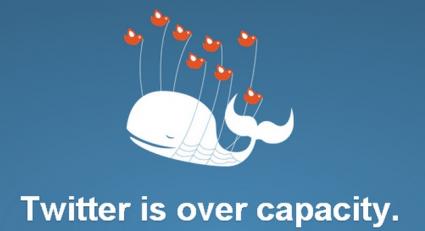 Twitter used to crash somewhat frequently and the “Fail Whale” screen would be shown. Now the failure is no longer the fault of the tech team or the servers or the code. Now its management.

I am a heavy user of Twitter (TWTR – Analyst Report), and I get more out of the service than I put into it, which more or less makes it a no-brainer. Despite the need that I and many others have, the fact that the company has been mired in leadership void for several years has not been lost on the stock price.

Around the time of the IPO, we at Zacks streamed a live show about TWTR as it was the hottest IPO of the year. In preparation for the event, I read the book “Hatching Twitter” by Nick Bilton. The story he told was truly amazing.

Maybe it was the Facebook (FB – Analyst Report) movie that has installed the wrong idea for future generations. “The Social Network” almost made it seem cool to stab your friends in the back for the ultimate quest for power and cash. “Hatching Twitter” basically showed how four friends that were named as co-founders all did the same thing to each other.

Now that basically all the main characters in the book have had a turn at being the CEO, history is repeating itself. The CEO is stepping down and Jack Dorsey is coming in again.

Jack is the CEO of Square, a mobile payment solution that has seen some great growth. The story also goes that they are trying to find a buyer for the company because the financials are said to be “ugly.” Jack is now taking over as interim CEO of Twitter, an opportunity that was described as an incredible one. The question remains, if the opportunity is so incredible, why not come out and say you want to be the permanent CEO?

Jack will not be CEO until July 1, so his return means that the company won’t be sold before then… or will it?

Placing blame on the leadership is what this article is all about. The thing is the CEO position has been a revolving door over the last few years and the blame for that lays right at the feet of the board of directors.

The inconsistency at the top is the core problem with TWTR and that idea alone makes Google the best potential acquirer. The leadership at GOOG has been nothing short of a blueprint for all others to follow.

The market clearly doesn’t have faith in the current management and to be honest, the execution just isn’t there. Yes, the Periscope app is a great new idea, but they were late on the deployment as Meerkat beat them to it. To make things worse, Periscope was simply not ready for prime time and felt like a product that was rushed to the market to prevent becoming a distant second mover in the space.

Now there is word that the company is going to focus on “Live Events” where the company will focus on event-based curated content for the platform that will help bring off line users online. They suggest that its a brand new way to look at tweets… but it really sounds like more of the same. Ideas that lead nowhere.

Twitter is already the live feed for news and information. It is the replacement to the chat rooms that made AOL so very profitable way back when. Now the chat room is open to everyone… but if they cannot figure out how to monetize it, we will see this story become AOL part II. No one wants to see that.

Analysts estimates are the key driver behind the Zacks Rank… and I am amazed that this is not a Zacks Rank #4 (Sell) or Zacks Rank #5 (Strong Sell).

This table clearly shows that earnings estimates are headed the wrong way. Losses for 2015 were expected to be $ 0.70 per share 90 days ago have now widened to $ 0.83 in losses.

A company that is growing revenue like TWTR is and seeing the bottom line move the wrong direction is the type of thing the most investors want to avoid.

Help Us Larry Page, You Are Our Only Hope

There was a rumor not too long ago that Google was looking to buy Twitter for more than $ 98 per share. At the time, the premium would have been close to 100%… which made it seem like it wasn’t going to happen.

Google doesn’t pay up that much for its acquisitions and they prefer to buy smaller companies that they can help grow.

Reports of Google not looking to make a move right here might be out of respect for the board that is clearly trying to figure things out… but enough is enough. It’s time to go hostile and buy this property, this idea, this thing that hold so much promise yet lags in execution and development.

Cut Off The Head

I am calling for an activist investor (I am looking at you, Bill Ackman) to take a big position in Twitter and re-work that board of directors. It is clear to most that if you want real change here, the board needs to go.

Yes I think the easiest route is just a sale to Google… but the board needs to approve such a deal. All I am saying is that Ackman has a knack of buying a lot of stock in a company and then help brokering a deal.

End Of The Day

Twitter is a great product, a useful service and something that can really change the world. The problem with inconsistent leadership needs to be resolved first and that means that the board must go.

Want More of Our Best Recommendations?

Zacks’ Executive VP, Steve Reitmeister, knows when key trades are about to be triggered and which of our experts has the hottest hand. Then each week he hand-selects the most compelling trades and serves them up to you in a new program called Zacks Confidential.

Want more articles from this author? Go to Zacks.com on this article and click the FOLLOW AUTHOR button to get an email each time a new article is published.

Brian Bolan is a Stock Strategist for Zacks.com. He is the Editor in charge of the Zacks Home Run Investor service, a Buy and Hold service where he recommends the stocks in the portfolio.

He also run the new Stocks Under $ 10 Investor service where he looks for low priced stocks that are seeing positive earnings estimate revisions. This popular service has seen some strong early returns and offers a free trial via the Zacks Ultimate service.