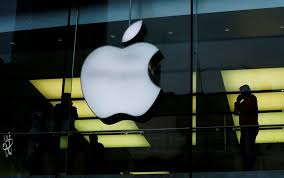 Apple shares rose for a fourth straight session on Thursday, with the iPhone maker hitting its highest level since October as investors continued to feel bullish about the company’s recent product event.

Shares gained as much as 1.3% on the day and have risen nearly 17% off a low hit in August. The rally puts the company less than 3% below a record close hit in October 2018.

With the day’s move, Apple further expanded its market capitalization above the $ 1 trillion threshold. When Apple closed in the 13-digit club on Wednesday, that was the first time it had done so this year.

At current levels, Apple has a valuation of about $ 1.02 trillion, putting it slightly under Microsoft Corp., the largest publicly traded U.S. stock, with a valuation of $ 1.05 trillion.

Microsoft has consistently had a valuation above $ 1 trillion ever since early June, and it has been larger than Apple since late April.

At its product event earlier this week, Apple unveiled new versions of its iPhone that were cheaper than had been expected, along with arcade and video-streaming services that were also seen as inexpensive.

Bloomberg Intelligence wrote that the iPhone price was “likely to aid unit growth,” while the Apple TV+ service “may attract new users and draw existing ones more deeply into Apple’s ecosystem.”