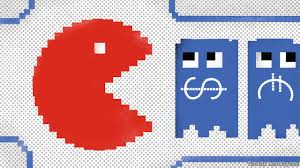 The alternatives to privatisation and nationalisation

IT SOUNDS VAGUELY elvish, like something from the pages of Tolkien. In fact, the Charter of the Forest is one of Britain’s founding political documents, dating from the same period as Magna Carta, the “Great Charter”, as the Charter of Liberties was known to distinguish it from its sylvan partner. Whereas Magna Carta concerned the interests of a few privileged barons, the Charter of the Forest was intended to safeguard those of commoners—in particular, their time-honoured right to make a living from the bounty of the great wild commons. As an economic institution, the commons now seems as old-fashioned as constitutional documents sealed by noblemen in meadows. To many economists, the spread of private property rights was essential to the creation of the modern world. But the shortcomings of commons can be overstated. They could usefully be granted a place in public policy today.

An ecologist, Garrett Hardin, coined the phrase “the tragedy of the commons” in a (shockingly eugenicist) essay in Science in 1968. But the free-rider problem that afflicts public goods has been well-known to economists for a century. Consider a pasture on which every herdsman may graze his cattle. Each has an incentive to use it as intensively as possible: since it is open to all, restraint exercised by one herdsman simply frees up grass to be chomped by another’s animals, leaving those who hold back worse off, not just relatively, but in absolute terms. The common pasture will inevitably end up overgrazed to the point of ruin. Many valuable public resources are similarly prone to overconsumption. Roadways become congested, waterways overfished and slices of electromagnetic spectrum crowded into uselessness, to the detriment of total social welfare.

Join to get 5 free articles per month