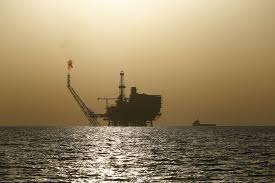 Norway’s Equinor has started selling crude from two new oilfields in the British North Sea where the combined production is expected to reach nearly half a million barrels per day in 2020, senior company executives said.

The company started production from the Mariner field in mid-August while output from Johan Sverdrup, the largest North Sea discovery in more than three decades, is expected to start in October.

The new medium and heavy crude grades with slightly higher sulphur content could fill the market’s need for heavier oil after U.S. sanctions on Venezuela, Iran and production cuts by the Organization of the Petroleum Exporting Countries tightened supply globally.

The first crude oil cargo from the Mariner field was lifted on Sept. 4, company officials told Reuters late on Wednesday, adding that the cargo would land in Europe.

The 320,000-barrel Mariner Blend crude was sold at a discount to dated Brent, Simon James, vice president for crude trading and refinery optimisation at Equinor, said on the sidelines of Asia’s largest annual oil gathering APPEC late on Wednesday.

Production of the heavy sour crude is expected to peak at 70,000 barrels per day (bpd) in the short term and will average at around 55,000 bpd, he said.

Mariner Blend has an API gravity of 15.2 degrees, contains 1.1% sulphur, suitable for refineries with secondary units such as a coker or residue catalytic cracker, James added.

Outside Europe, the crude could also be processed at refineries in China and India, he said.

Still, Mariner Blend has a total acid number of 4.1, making it a high-TAN crude which can be handled only by certain refineries.

Equinor is also selling the first two Johan Sverdrup crude cargoes for loading in October via a tender process, he said.

“This is going to be a global crude,” he said.

“We see it competitive against (Russian) Urals. It’s obviously heavier but sweeter (than Urals) so it’s an opportunity for refiners to still go for middle distillates rich barrels with low sulphur,” he said, referring to the Mediterranean market.

“There’s been interest from the U.S. Gulf Coast, which is still short of heavy barrels. Also, there’s been a clear demand for this from Asia, across the entire region from India to China,” he said.

Johan Sverdrup crude has an API gravity of 27.2 degrees and has 0.82% sulphur.

Besides marketing the new grades from the North Sea, Equinor is also active in the U.S. crude market where it currently exports 200,000 to 300,000 bpd to Asia and Europe, including its refineries in Norway, James said.

“The ambition is to grow the scale of the business,” he said, as production from the world’s largest oil producer continues to rise.