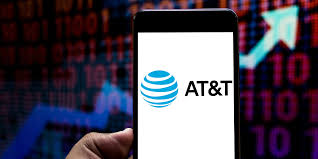 ‘There Will Be a Fight’: AT&T Stock Soars As Activist Investor Looks to Shake Things Up

AT&T Inc.’s sweeping transformation from Ma Bell to a multimedia titan has gone both too far and not far enough for Elliott Management Corp.

Billionaire Paul Singer’s New York hedge fund disclosed a new $ 3.2 billion position in AT&T, taking on one of the nation’s biggest and most widely held companies with a plan to boost its share price by more than 50% through asset sales and cost cutting.

Investors applauded the development, sending AT&T shares on their biggest intraday rally in more than a decade.

For Singer, the move represents one of the biggest bets in the four decades since the hard-driving activist investor founded his firm. And it strikes at the core of the way AT&T has built its bigger-is-better empire.

“There will be a fight,” said Chetan Sharma, a wireless-industry analyst.

Elliott outlined a four-part plan for the company in a letter to its board Monday. The proposal calls for the company to explore divesting assets, including satellite-TV provider DirecTV, the Mexican wireless operations, pieces of the landline business, and others.

It urges AT&T, led by Chief Executive Officer Randall Stephenson, to exit businesses that don’t fit its strategy, run a more efficient operation and stop making major acquisitions. Elliott said it would also recommend candidates to add to AT&T’s board.

In response, AT&T said it would review Elliott’s recommendations and said many of them are “ones we are already executing today.”

The telecom giant said its strategy is “driven by the unique portfolio of valuable businesses we’ve assembled across communications networks and media and entertainment, and as Elliott points out, is the foundation for significant value creation.”

The carrier said it believes that “growing and investing in these businesses is the best path forward for our company and our shareholders.”

Still, investors seem to think Elliott’s plan could wring more value from AT&T. The shares surged as much as 5.2% to $ 38.14 in New York trading Monday. That was the biggest intraday jump since March 2009 and put them at their highest level since February of last year.

Elliott said the investment — among its largest to date — was made because the company is deeply undervalued after a period of “prolonged and substantial underperformance.” It argued this has been marked by its shares lagging the broader S&P 500 over the past decade.

It pointed to a series of strategic setbacks, including $ 200 billion in acquisitions, the “most damaging” of which was its $ 39 billion attempted purchase of T-Mobile US Inc. That deal resulted in the largest breakup fee of all time when the government blocked it in 2011 — about $ 6 billion in cash and assets.

“In addition to the internal and external distractions it caused itself, AT&T’s failed takeover capitalized a viable competitor for years to come,” Elliott said.

The hedge fund also slammed the subsequent acquisitions of DirecTV and media giant Time Warner Inc. That puts particular pressure on Stephenson, 59, who oversaw the deals Elliott criticized in the letter.

But, while the position in AT&T is large, Elliott may have a difficult time pushing for change unless it gets other investors to back its stance. Its newly disclosed stake in AT&T represents just about 1.2% of the company’s total market value.

Elliott’s plan also calls for aggressive cost-cutting measures that aim to improve AT&T’s margins by 3 percentage points by 2022. Those margins have come under pressure amid cord cutting in video and widespread discounting in wireless, and Elliott said competitors like Verizon Communications Inc. have done a better job addressing those headwinds.

Elliott said in the letter it has identified opportunities for savings in excess of $ 10 billion, but the plan would only require cost cuts of $ 5 billion.

Elliott is also calling for a series of governance changes, including separating the roles of CEO and chairman — currently held by Stephenson — and the formation of a strategic review committee to identify the opportunities at hand.

With a series of deals over the past several years, AT&T has transformed itself from a traditional telecom company into a multimedia behemoth. The company bought satellite-TV provider DirecTV for $ 67 billion in 2015, leaping into first place among U.S. pay-TV companies. Elliott criticized that deal in its letter as having come “at the absolute peak of the linear TV market.”

AT&T then moved firmly into entertainment and media with the $ 85 billion acquisition of Time Warner in 2018. That deal brought marquee assets such as HBO, CNN and Warner Bros.

“Despite nearly 600 days passing between signing and closing (and more than a year passing since), AT&T has yet to articulate a clear strategic rationale for why AT&T needs to own Time Warner,” Jesse Cohn, a partner at Elliott, and Marc Steinberg, an associate portfolio manager, said in the letter. “While it is too soon to tell whether AT&T can create value with Time Warner, we remain cautious on the benefits of this combination.”

Elliott has a history of tackling some of the biggest and most high-profile companies around the globe, including EBay Inc., Pernod Ricard SA, and Bayer AG in the past year alone. The AT&T investment marks Elliott’s single largest equity investment with an activist slant.

It’s not the first time Elliott has taken on a major telecommunications company, either. The hedge fund battled Vivendi SA for control of the board of Telecom Italia SpA, eventually winning control in 2018 in a fight that dragged on into this year.

Those battles don’t always end in success. In Elliott’s proxy fight at Hyundai Motor Group earlier this year, investors opted not to elect its slate of directors at two of the South Korean manufacturer’s subsidiaries. But even in some of its major losses, like at Samsung Electronics Co., the repercussion of its agitations can send ripples beyond the proxy clash.

Samsung managed to keep Elliott at bay in 2015 but touched off a series of events that resulted in a brief jail term for the electronics giant’s billionaire heir apparent for influence peddling, protests by hundreds of thousands of people in Seoul, and the downfall and imprisonment of South Korea’s president, Park Geun-hye.

AT&T is the most indebted company in the world — not counting financial firms and government-backed entities — with $ 194 billion in total debt as of June, a legacy of Stephenson’s steady clip of large acquisitions. The CEO used to keep a spreadsheet of a few dozen companies that he studies on his tablet to plan his next big deal, people familiar with the matter told Bloomberg in 2016.

The stock is among the top 20 most widely held U.S.-traded companies among institutional investors, according to data compiled by Bloomberg. That’s partially because of its steady dividend, which totaled $ 2.04 a share last year, giving investors a reliable payout in good times and bad.

—The bull and bear case for investing in WeWork before its IPO
—Are we near a recession? The godfather of the inverted yield curve says it’s ‘code red’
—How the real time payments revolution is pushing Mastercard beyond cards
—Could Baker Mayfield and Odell Beckham, Jr. be worth more to Cleveland than LeBron?
—Listen to our audio briefing, Fortune 500 Daily