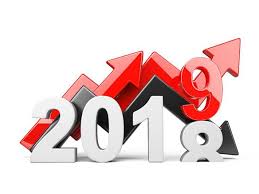 Are We Near a Recession? The Godfather of the Inverted Yield Curve Says It’s ‘Code Red’

Is the U.S. nearing a recession?

It’s the multi-trillion dollar question on the minds of executives and investors around the world. The inverted yield curve, a key predictor for financial downturns, has appeared in recent months at a time when international markets have soured.

Yet U.S. stock markets are still near their all-time high while U.S. retail sales appear upbeat. So some are arguing the yield curve inversion that has predicted each of the last seven downturns, is mistaken this time around.

But the academic who discovered the correlation between an inverted yield curve and the subsequent downturn stands by its predictive power in this particular case.

“I have gone on the record to issue a recession code red,” says Campbell Harvey, a professor of finance at the Fuqua School of Business at Duke University. “Growth will slow according to my model.”

Indeed the spread between the 10-year and the 3-month has sustained its inversion almost perfectly for exactly a quarter—minus one singular bright spot in late July when the yields of the two treasuries dallied at around the same levels. One of the initial curves that Harvey examined, the 5-year to the 3-month, has been inverted since February. And in what seems like confirmation of the fact, the 10-year and 2 year, which has also predicted past recessions, also has turned red in August.

Harvey notes that indicators such as GDP, unemployment rates, and the stock market are all lagging indicators—they give a snapshot of what is happening over the past quarter or now, for example. Instead, he points to a recent Chief Financial Officer survey conducted by Duke, in which 67% of CFOs said they expect a recession in late 2020. These surveys, says Harvey, can indicate how key decision makers plan to spend their money in the future.

Typically, long-term treasuries offer higher yields. Harvey though focused in particular on the rare times when the yield on the 10-year falls below that of the 2-year or the 3-month—creating an inverted yield curve. The research bore fruit. In those moments when the atypical occurred for a period of a quarter or longer, a recession followed.

Distilling it down, he theorizes that when investors around the world sense incoming financial danger, they turn to the world’s safest asset—the U.S. 10-year treasury, a move that drives the yield of that product down relative to that its short-term brethren.

Certainly there is space for doubt. The curve inversion reflects high uncertainty and high expectations of a recession, rather than directly determining a recession itself. Thus, the 5 year 3 month has been wrong at least once in 1998, when the curve inverted for over a quarter, per data from the Federal Reserve Bank of St. Louis. But that inversion did predict sentiment: it occured at a time when investors were severely concerned that the implosion of hedge fund giant, Long-Term Capital Management, would lead to a global financial crisis. And perhaps of interest, the 10-year-3 month did not invert in the same period, nor did the 10-year to 2-year curve.

Some critics argue there haven’t been enough recessions for the data to be reliable. And recently, former Federal Reserve Chairwoman Janet Yellen spoke with Fox Business, and said that the quantitative easing—in which the Federal Reserve acquired government bonds in order to inject liquidity into the market—had shifted the balance of the yield curve and made the signal less reliable, a point that Harvey assiduously disputes in a recent LinkedIn post.

Another point about the curve’s limited usability: An inverted yield curve doesn’t exactly predict when a recession is coming. In the past, it has typically taken between 12 months to 18 months for a recession to materialize.

“This does not look like an economy that is rolling over. Nor is it,” wrote David R. Kotok, CIO of Cumberland Advisors in a recent note. “Economic slowdowns are far from synchronous with inversions. Growth continued for a year and a half after the yield curve inverted in 2006.”

But Harvey at least has done well to stick to his own thesis. The professor applied his paper to his personal life, cycling out of riskier assets in 2006 ahead of the financial crisis, and reallocating some of his equity holdings into assets such as bonds or cash. That softened the blow of the downturn at a time when well-respected giants like the Lehman Brothers had yet to blow up for their investments in subprime mortgages.

And while Harvey admits there is a possibility of a “false signal,” he’s not taking any chances. His holdings today has also shifted toward a more “defensive portfolio.”