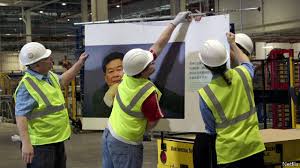 “SAVE OUR savings, Frau Merkel!” begged Bild, a German tabloid, on August 26th. Articles blaming the European Central Bank (ECB) for keeping interest rates low, and seeking reassurances from banks that thrifty Germans will be spared Strafzinsen, or negative “penalty rates”, are proliferating. One in Die Welt in July feared that ECB stimulus would lead to the “ultimate expropriation” of the German saver.

German hostility to low interest rates is hardly surprising. The value of thrift has deep roots in the national psyche, going back to the Reformation. Households have €2.4trn ($ 2.6trn) stashed in bank deposits, almost as much as those in France and Italy combined. Last year they squirrelled away a tenth of their disposable income, twice the savings rate of Britons.

With markets pricing in a further cut at the ECB’s policy meeting on September 12th, the opposition in Germany is getting louder. Politicians spy a bandwagon. On August 21st Markus Söder, Bavaria’s premier, said his party would propose legislation to ban negative interest rates on retail deposits of less than €100,000. Olaf Scholz, the federal finance minister, has asked officials to look into the practicalities.

The ECB and its German critics have clashed before. Indeed, a lawsuit claiming that the bank’s quantitative-easing scheme overstepped its legal mandate is making its way through Germany’s constitutional court. But it is unusual for the finance ministry to tread on monetary-policy turf. It seems particularly so as Germany’s economy teeters on the brink of recession.

With unemployment at a record low and wages rising, though, Germans feel little need for stimulus just yet, says Marcel Fratzscher, the head of DIW, a think-tank. He sees the politicians’ proposals as “purely populist”. Regional elections are looming, so it pays to curry favour with savers.

And for all the sound and fury, negative rates for retail depositors appear some way off. The central bank’s deposit rate is -0.4%, meaning that rather than paying interest on the reserves kept with it by lenders, it charges to hold them. Some banks have passed those negative rates on to corporate clients, and a smaller fraction have done so to wealthy retail clients, many of whom appear reluctant to move their money elsewhere, even when squeezed. But Vítor Constâncio, a former ECB official, told Der Spiegel he doubted whether banks would offer negative interest rates for ordinary retail depositors. That might be because those customers are bigger flight risks.

Banks themselves detest negative rates, which reduce the amount they can earn from interest. The Association of German Banks (BDB) says lenders in Germany paid €2.3bn to the ECB last year, equivalent to nearly a tenth of profits for 2017. But it is also horrified by the prospect of the government setting a floor on retail interest rates. That could restrict banks’ room for manoeuvre and, the BDB warns, cause financial disruption. (The ECB is considering other ways to ease the squeeze on banks’ interest margins, such as exempting some reserves from negative rates.)

The backlash may indicate that the ECB should be wary of the costs of cutting rates further. The risk is that depositors stash their savings under mattresses rather than in banks. Even so, the ECB can reasonably feel irked by the stance of German officials. As Mr Constâncio pointed out, the root cause of low interest rates in the euro area is an excess of saving over spending. Germans’ obsession with frugality bears much of the blame.