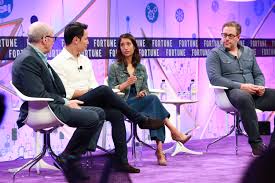 Tala, A Company that Offers Loans For As Little As $10, Just Raised $110 Million

A firm of offering bite-sized loans is cashing a big check of its own.

On the back of a business that offers loans between $ 10 to $ 500, the eight-year old company has reached a valuation of between $ 700 million to $ 750 million, according to a person close to the funding.

Tala is solving for a difficult, though potentially lucrative problem—providing loans to a population of unbanked consumers whose credit worthiness is difficult to ascertain. Per one World Bank estimate, about 68% adults have no credit data docked with a private bureau, and therefore no credit score.

Here’s a simplified version of how the company evaluates customers in the absence of a established credit system: First, Tala determines whether or not an individual is who they say they are through a selfie and a photo of an identification card that is cross-verified with the customer’s digital footprint. If that checks out, the financial services firm goes forward with a loan.

The next step: determining loan size and repayment terms. Tala uses a mix of data that feeds into its algorithm, thought no one factor taking overwhelming weight. For instance, for a loan with Tala through its Android app, the consumer gives the firm access to some of their phone data including call logs, SMS, and transactional data that can act as proxies for predicting behavior. Say an individual is more likely to include both first and last names in their phone’s contact list—that could signal greater attention to detail and therefore a greater likeliness of repayment.

To be clear, how Tala determines creditworthiness is ever evolving in a bid to ensure that it’s both ethical and does not “leave money on the table” in what is a new world in big data and credit scoring. Increasingly, Tala has found that how their applicants interact with the app—for example, whether they read the Terms and Conditions, to be a more important way of determining a consumer’s ability to pay back a loan. And while Tala once took an individual’s foot-traffic into account, it has cut out geographic data from the mix out of concern that the information could exclude certain underserved populations from the mix.

At the end of the process, the consumer then may acquire a loan in minutes, typically to be repaid over the course of 30 days with rates between 5% to $ 15. And with every new loan they may take out after, Tala will rescore the individual and offer different sized loans and rates.

Through that model, Tala has handed out $ 1 billion worth in loans to about 4 million customers in Kenya, Tanzania, Mexico, the Philippines, and India, and boasts a repayment rate of about 92%.

“We have grown very quickly, and that made us realize we have even more to do,” said CEO and Founder Shivani Siroya.

Now, Tala plans to use its wealth of data to not only expand in its current markets, but also create more financial products based on what they have seen from their customers. Case in point, Tala noticed a trend in customers reporting an inability to repay due unforeseen hospital or clinic stays. They started tagging the information, and then earlier this year, the firm rolled out an insurance product starting in Kenya that specifically addressed that pain point.

“They are facing life challenges in emerging markets—accidents, deaths in the family, they may have healthcare issues, and we said, credit is not the way to solve that problem—insurance, having a cushion and resiliency is,” she said, noting that Tala has partnered with a local company to process claims associated with the product.

As part of the funding raise, Kabir Misra, founding general partner at RPS Ventures and an advisor to SoftBank, will join Tala’s Board of Directors. GGV Capital also participated in the funding round, alongside previous investors IVP, Revolution Growth, Lowercase Capital,  Data Collective VC, ThomVest Ventures, and PayPal.

Though Tala does face growing competition from the likes of Branch International—which got an influx of $ 170 million earlier this year and provides microloans in emerging markets such as Tanzania and Kenya—Shivani sees plenty of room for growth.

“Most people are still not building products for our customer base. They are still focused on customers that are easier to reach,” she said.

And that leaves plenty of room for Tala to think big.