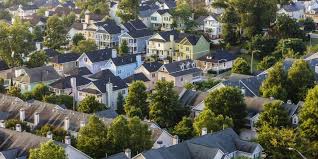 After initially securing $ 70 million for its Series C round in January and raising another $ 25 million in add-on funding, online mortgage lender Better.com has officially closed off the Series C with a total of $ 160 million raised, Fortune has learned.

Activant Capital led the latest influx in funding and was joined by Ping An Insurance, Ally Financial, Citigroup, AGNC, American Express Ventures, and Healthcare of Ontario Pension Plan (HOOPP), as well as existing investors Goldman Sachs, Kleiner Perkins, and Pine Brook. The $ 160 million round takes the New York-based company’s total funding to $ 254 million to date and brings its valuation to north of $ 600 million, Better.com said.

The capital will be used to further scale the mortgage lender’s operations and grow its product offerings, founder and CEO Vishal Garg told Fortune. Garg noted that Better.com has tripled its growth year-on-year since launching in 2016; while the company is at $ 5 billion in originations to date, Better.com financed $ 1 billion worth of mortgages in the second quarter of 2019—more than in all of 2016 and 2017 combined—and is on track to lend more than $ 4 billion in 2019.

“The way things are going, we’re going to be at $ 10 [billion] to $ 15 billion of originations next year, which would make us the largest fintech in America,” according to Garg. “We had a lot of strategic investors who weren’t able to make the first close and were really interested in the company. To accommodate them, and considering the growth rate we’ve had this year and our need for further investment capital, we decided to extend the round… We just needed to be way more capitalized.”

The startup is also growing its headcount at a prolific rate; it has expanded from around 200 employees last year to more than 700 people currently, and plans to hit 1,100 employees by the end of the year, Garg said. The company also recently opened its fourth U.S. outpost in Charlotte, N.C.—home to a fervently expanding fintech scene—to go with its offices in New York, Oakland, Irvine, Calif., and Gurgaon, India.

Better.com is part of a wave of fintech startups targeting the home-buying market via tech-oriented platforms that appeal to millennials, who now account for most new mortgages in the U.S. As Fortune has reported, home-buying tech startup recently Flyhomes sealed $ 141 million in new financing last week, while the mortgage and consumer lending fintech firm Blend raised $ 130 million in new venture funding earlier this summer.

Garg founded Better.com after experiencing a “terrible” mortgage application process of his own several years ago, which led to he and his wife losing their desired home to an all-cash buyer. The startup’s platform aims to digitize and streamline that process to allow buyers to close a typical mortgage in half the time it usually takes (21 days, versus an industry average of 42 days).

It also deploys a commission-free, fee-less business model that it claims saves borrowers thousands of dollars in costs—with the company generating revenue from originators who “pay us a premium because of the quality of the loans and the loan performance,” Garg said.

“We’re not a balance-sheet lender,” he noted, adding that Better.com has more than 30 investors—including major mortgage originators and financial institutions—who have committed more than $ 700 billion in financing capacity to the company. The startup is presently active in 40 states, with active applications that would see it expand to all 50 states in the U.S., Garg said.

Activant founder and partner Steve Sarracino, who is now on Better.com’s board, told Fortune that the startup’s “tech-enabled, end-to-end mortgage manufacturing process” allows it to save costs and pass those savings down to consumers. In turn, Better.com has been able to carve out a ever-larger niche for itself in the U.S.’s $ 15 trillion mortgage market.

“The [mortgage] process is so unbelievably broken, and it all costs the consumer more in terms of APR,” Sarracino said. “Better is the first company that’s looking to fix it end-to-end. It’s not cheap to manufacture a mortgage, and by driving down that cost, it gets passed on to the consumer.”

Better.com also found a place on Fortune and Great Place to Work’s list of the 60 best companies to work for in New York this year—ranking 11th among small and medium-sized companies.