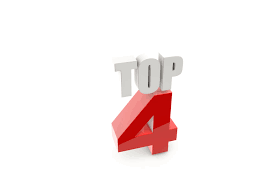 Fears of a domestic slowdown and the escalation of the U.S.-China trade war created plenty of headaches for shareholders this summer. But even after dramatic market swoons in May and August, investors still seem willing to pay top dollar for stocks—especially those that promise substantial growth.

As measured by the Shiller price-to-earnings ratio, which compares companies’ share prices to the 10-year, inflation-adjusted average of their profits, the S&P 500 sat at just above 29 in mid-August. That’s higher than at nearly any other time on record, with the exceptions of the run-up in 1929 and the 2000 dotcom boom. (Neither one of those surges ended well, as you may recall.)

What’s more, as investors anticipate the inevitable end of the current bull market, institutional players like mutual funds and hedge funds have concentrated their money in the companies that seem like the safest bets for earnings growth. That has driven valuations for such crowded-trade stocks even higher—in mid-August, Visa and Facebook traded at more than 30 times earnings, while Adobe and PayPal traded at around 50 times earnings.

It all creates a conundrum for Warren ­Buffett–style value investors—the ones who seek the long-term potential that comes from a combination of robust growth and a reasonable price tag. To find such value candidates, we scoured this year’s list of Fortune’s Fastest-Growing Companies and found four that combine strong earnings outlooks with valuations that remain far below nosebleed territory.

SVB Financial Group fills an unusual niche: It’s the holding company of Silicon Valley Bank (SVB), which specializes in lending to tech-focused venture capital investors. Compared with other regional banks, SVB has a particularly large portfolio of ­variable-rate loans, whose interest payments fall when prevailing rates decline—which makes it vulnerable to broader cuts by the Federal Reserve. The run-up to the Fed’s July rate cut led SVB to lower its forecast for interest-related profits for 2019, and some investors fled; the stock is down 39% over the past year.

Piper Jaffray analyst Brett Rabatin believes the worst is likely over. At this point, he says, interest rate news “is more than priced in” to the stock. What hasn’t changed? The strength of SVB’s main revenue source. Venture capital investment reached $ 66 billion through the second quarter of this year, on pace for its second-best year ever. The stock is currently priced in line with other regional banks, at nine times earnings, but Rabatin believes it will deserve a premium once the interest rate shocks recede.

Centene has been among the country’s fastest-growing health insurance companies in recent years. Its shares have fallen 15% year to date, however, in part because many investors believe it overpaid in its $ 17 billion purchase of WellCare, a provider of Medicare- and Medicaid-affiliated health care plans. But skeptics miss one of the acquisition’s big benefits: WellCare’s pool of Medicare Advantage customers. Jefferies senior analyst David Windley calls these public-private hybrid plans the “Goldilocks” of the health insurance space—more profitable than Medicaid plans, and growing faster than most other health plan categories as more baby boomers age into Medicare. The purchase of WellCare, which is pending regulatory approval, will double the size of Centene’s Medicare Advantage business, Windley calculates. That’s a major reason that analysts’ consensus estimates show Centene’s earnings per share growing 18.6% annually for the next three to five years, compared with just 5.7% for the S&P 500.

Some companies sport low valuations because of where they sit in their business cycle. Lam Research makes equipment found in many kinds of chips, including those that power iPhones and a range of artificial intelligence applications. It’s an industry that rises and falls on innovation booms and supply gluts. After stratospheric growth in its previous two fiscal years, Lam’s sales fell 13% in its fiscal 2019, which ended June 30. But its stock has begun to rally as investors anticipate the next rebound. Prices for NAND memory chips, which account for nearly half of Lam’s revenues, have risen over the past month for the first time since 2017. “It’s a good sign,” says KeyBanc Capital Markets analyst Weston Twigg, who forecasts a 12% rise in revenues for Lam in 2020.

In pharmaceutical stocks, finding a bargain can mean making a contrarian bet on a disfavored drug. Maryland-based Supernus Pharmaceuticals has staked much of its future on two drugs designed to fight ADHD. One, a non-stimulant dubbed SPN-812, has shown the ability to alleviate symptoms within a week during trials—a big differentiator, since similar non-­stimulants can require a month or more to take effect. Investors were unnerved, however, by the drug’s Phase III clinical trials, in which higher doses had no additional positive effect. Over the past year, Supernus’s share price has sunk 47%.

Esther Hong, an analyst for Janney, argues that the market has been too pessimistic: Despite the dosage hiccup, both SPN-812 and Supernus’s other ADHD drug have shown positive results. Hong believes SPN-812 could be a billion-dollar drug in the long term if, as anticipated, it wins FDA approval and launches next year. That could offer a portfolio-burnishing boost for investors in a company with a current market capitalization of just $ 1.5 billion.

A version of this article appears in the September 2019 issue of Fortune with the headline “Inside the Bargain Hunter’s Club.”

—This recession indicator is going off—but don’t use it to time the market
—The death of trading: Why more big banks think the business is a losing bet
—Business confidence is plummeting because of a “chaotic” environment
—Casinos and restaurants are listing “active shooters” as risk factors in annual reports
—Here’s how the economy has performed in every swing state since Trump was elected
Don’t miss the daily Term Sheet, Fortune‘s newsletter on deals and dealmakers.