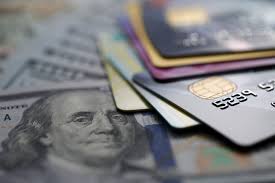 The ‘Inverted Yield Curve’ Is Predicting Recession, But What Are Other Indicators Saying?

If you have questions about where we are in the economic cycle, you’re certainly not alone.

What does it mean that the yield curve inverted? Are we heading for recession? After all, isn’t this the era of surprises? Did anyone expect unemployment to be this low? Or inflation to be so tame? (Has anybody mentioned the Phillips Curve lately?) What if this time the inverted yield curve isn’t a flight to safety, but the result of international fund managers looking for some kind of yield?

Besides, even if the inverted yield curve is a sign of recession, it’s not a cause of recession. So what other signals is Wall Street watching?

“In the past, three factors have led to recession,” says Bernand Baumohl, Chief Global Economist at The Economic Outlook Group. “One, significantly higher interest rates – and that certainly does not seem to be an issue right now. Two, a surge in energy prices, usually the result of geopolitical tensions—and that’s not happening. And three, acts of human folly.”

Baumohl says our last two recessions were actually caused by acts of human folly. “You’ve got the collapse of the housing market and the financial crisis; and prior to that we had the dot.com bust.” He says this time human folly is related to the trade war with China. “Tariffs clearly have an impact on global capital markets, and it’s not positive. It’s a massive foot on the neck of the U.S. economy right now.”

In fact, now that effects from the trade war with China are starting to unfold—and could get worse—he sees a 40% chance of recession in 2020, up from 25%. “But we’re focusing on consumers, who make up two-thirds of the economy. Because if consumers pull back, this business cycle is over.”

Mike Sorrentino, Chief Investment Officer at Jay Street, agrees. “We look at consumer spending—about 70% of the economy—and business spending, another 17%. Together, they drive close to 88% of a $ 20 trillion economy.”

The second quarter saw a mixed message on those counts. Consumer expenditures rose 4.3%, while business investment dropped 5.5%. (The next release by the Bureau of Economic Analysis on GDP is scheduled for August 29th, and for Consumer Spending, August 30th.)

There are two components to the consumer and businesses pushing the economy ahead, according to Sorrentino. 1) ability and 2) willingness.

On the “ability” side, he looks at interest rates, income relative to debt service, and wage growth. This reflects their ability to keep spending.

Liz Ann Sonders, Chief Investment Strategist at Charles Schwab and Company, is a close watcher of the leading economic indicators. “The LEI has a fairly high correlation to subsequent one-year GDP growth,” she says. While there are 10 components of the LEI, Sonders says she doesn’t fall into the trap of having favorites. “There are no magic bullets in trying to forecast economic growth, which we never try to do. Each cycle has uniquely more relevant indicators.”

In the current economic cycle, she considers “manufacturing new orders” a key indicator, given the trade war and its effect on business confidence. On Bloomberg Television yesterday, Sonders pointed to 15 consecutive months of declining global PMI (Purchasing Managers Index), and fears that the U.S. could fall into a recession, at least on the manufacturing side, in the coming months. “I think it’s pretty definitive we’re in a global manufacturing recession… It looks increasing likely the U.S. will fall into that trap as well.”

Sonders tells Fortune that in addition to following the leading indicators—both traditional and anecdotal—“I also follow my own gut from time to time.” And she says while the LEI may work for the direction of the economy, “the same cannot be said about the LEI predicting stock market behavior.” (The next release of the LEI from the Conference Board is scheduled for August 22nd.)

“The inversion of the curve rarely sends false signals,” says Kevin Cummins, Senior U.S. Economist at NatWest Markets. But he looks at a variety of indicators, which he considers “dots” that map out the bigger picture and help tell the economy’s story. “I’m especially keeping a close eye on jobless claims, the manufacturing ISM index, business confidence measures, and the stock market.”

He would also add retail sales since they are the most important spending indicator to reflect consumer confidence. “Consumers are more likely to spend when they feel confident about employment and financial prospects.” (Retail sales are reported by the Census Bureau on or about the 15th of each month.)

That’s why he and Bernand Baumohl like to keep an eye on durable goods. “Durable goods orders are often purchased on credit or financed. Things like cars, washers and dryers, or flat screen TVs,” Baumohl says. “If there is any concern on the part of consumers about the outlook for the economy, about job growth, about income, you’ll begin to see that manifest in spending on durable goods. So far it’s been quite volatile, so it’s hard to come to any conclusion about whether consumers are significantly pulling back.”

(Durable Goods will be released by the Bureau of Economic Research on August 26th. The Manufacturing ISM Report on Business will be released September 3rd. Jobless claims are reported at the end of every week by the Department of Labor, and the Conference Board is one of several organizations that measure business and consumer confidence on a regular basis.)

Baumohl also keeps an eye on savings rates, which have been going up. “Consumers have been spending for ten years, and at what point will they be satiated? If they save more, they’ll be spending less.”

David Carter, Chief Investment Officer at Lenox Wealth Advisors, admits it’s hard to predict the economy these days, especially because of unexpected shocks, like Brexit, a trade war, or Hong Kong protests, for example. To paraphrase Springsteen, says Carter, “It’s the things you don’t see coming that can send you crawling back home.”