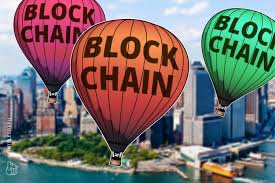 Cross border remittance is big business in Southeast Asia. According to the International Fund for Agricultural Development, over $ 65 billion is remitted into the region each year, with an additional $ 18 billion worth of annual transfers carried out locally too. Velo, a blockchain-based remittance service founded in Thailand, wants a piece of that market.

“Migrant workers need a convenient remittance payment solution with fees that do not eat into their daily wages, so we launched [Velo] to facilitate this process – one that provides them with financial inclusivity and empowerment,” says Chatchaval Jiaravanon, the company’s chairman. Jiaravanon is the owner of Fortune.

There are over 21 million migrant workers across Southeast Asia and roughly five million of them are in Thailand. According to the World Bank, the average service fee for cross border remittance services in Thailand is 15% – well above the Southeast Asia regional average of 9%. Velo plans to charge transaction fees as low as 1% for its service and promises to complete transfers instantaneously; traditional methods can take up to five days.

Velo isn’t the only blockchain company in Southeast Asia’s remittance space. Ripple, the U.S.- based money transfer crypto-company, has partnered with Thailand’s Siam Commercial Bank as well as MoneyGram and others to bring its remittance scheme to Asia.  Alibaba’s AliPay recently launched blockchain remittances in Hong Kong, targeting the city’s 300,000 foreign domestic workers, many of whom come from the Philippines. Facebook, which has 577 million daily users across Asia and just launched its money service, Calibra, could be competition soon too.

Velo vice chairman Tridbodi Arunanondchai says Velo won’t compete directly with incumbents like Western Union, which is a business-to-consumer operation, or even newcomers like Ripple. Instead, he says, Velo will be positioned as a business-to-business service, providing the digital infrastructure to facilitate transfers.

“Velo is theJP Morgan or Citibank that basically underwrites credit, being the ultimate guarantor, providing that trust for people around the world to transact without knowing each other,” says Arundanondchai. He describes the blockchain project as a clearing house, facilitating interoperability across Southeast Asia’s fractured remittance market.

Velo works by issuing digital assets called Velo Tokens to companies that complete Velo’s “know your customer” process, verifying their identity and assessing their creditworthiness. To make a transaction, Velo-approved firms exchange their tokens for stablecoins, cryptocurrencies designed to minimize volality, also issued by Velo, then use the stablecoins to trade through Velo’s customer-facing payments service, Lightnet. The receiving party can exchange  stablecoins for Velo Tokens or use them to cash out in their local currency at one of Velo’s partnering payment shops.

To date, Velo has raised only $ 50 million in funding. But the company is counting on its association with CP Group to bolster trust with business partners and customers. CP Group is Thailand’s largest private conglomerate, with over 200 global subsidiaries and $ 54 billion in annual revenue.

Arundanonchai says Velo has “plugged into” CP Group’s internal money transfer service as a starting point and partnered with Seven-Eleven in Thailand, which is licensed by CP Group, to provide Lightnet customers with over 10,000 real world cash-in-cash-out locations. Velo claims to have 500,000 cash agents around Southeast Asia through other partnerships,

“I expect Velo can get a lot of traction within CP Group’s vendor network and within companies that are close to them,” says Jehan Chu, managing partner of Hong Kong-based investment firm Kenetic Capital, which specializes in blockchain companies. “Liquidity attracts liquidity and when you have hundreds of millions, if not billions, of dollars per year going through CP Group’s network, that’s an incredible anchor for Velo.”

Arundanonchai projects Velo will facilitate over US$ 50 billion worth of transactions annually within three years, with remittances from migrant workers accounting for $ 25 billion and the rest coming from transfers through Velo’s money management partners, such as those provided by CP Group.

—Listen to our audio briefing, Fortune 500 DailyFollow Fortune on Flipboard to stay up-to-date on the latest news and analysis.