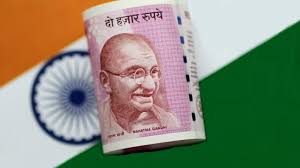 India Inc has turned in its most disappointing quarterly numbers in at least three years and analysts warn hopes for any festive season cheer are likely to be dashed by a slowing economy.

More than 60% of 125 firms that have reported so far, and are tracked by analysts, missed profit forecasts for the June quarter, the most since at least 2016, Refinitiv data shows.

India’s biggest lenders and automakers have all sounded warning bells over the slower growth in demand and consumption.

“It’s going to be a gloomy Diwali. Things are not going to change immediately in the next two or three months,” said Umesh Mehta, head of research at Samco Securities.

The Indian festive season, which starts in September and runs through the end of the year, is the biggest sales season for companies. It typically peaks around Diwali, or the festival of lights, in October.

But this time, the outlook for the period is subdued after India’s economy grew at the slowest pace in more than four years in the January-March quarter. An erratic monsoon, high rates of unemployment and a liquidity crisis in the shadow banking sector have added to the uncertainty.

The benchmark Nifty index .NSEI has dropped more than 10% since hitting an all-time high in early June and is the fourth-worst performer among its major Asian peers so far this year.

“The growth engine is slowing down, which is why we are seeing a sell-off,” Samco’s Mehta said.

Automakers have been among the worst hit by the slump in demand, with monthly auto sales in India down 17-20% since April. Preliminary data shows overall car sales in the country may have dropped as much as 30% in July. Tata Motors (TAMO.NS), India’s top automaker by revenue, posted a bigger-than-expected loss for the June quarter. Rival Maruti Suzuki (MRTI.NS), which managed to top estimates aided by cost cuts, saw an 18% drop in sales.

Gopal Mahadevan, finance head at truck maker Ashok Leyland (ASOK.NS), has said the lower auto sales have “more to do with the general economic condition” and not a demand problem.

Among the few bright spots for the quarter was Johnny Walker and Smirnoff maker Diageo (DGE.L), which reported an 8% rise in sales in India, led by strong demand for scotch. Its subsidiary, United Spirits (UNSP.NS), posted a near 10% rise in sales.

“The lipstick effect, which indicates consumers spend more on low-ticket luxury and instant gratification items during a crisis, could be at play here,” said Gnanasundaram Saminathan, a research analyst at Spark Capital Advisors.