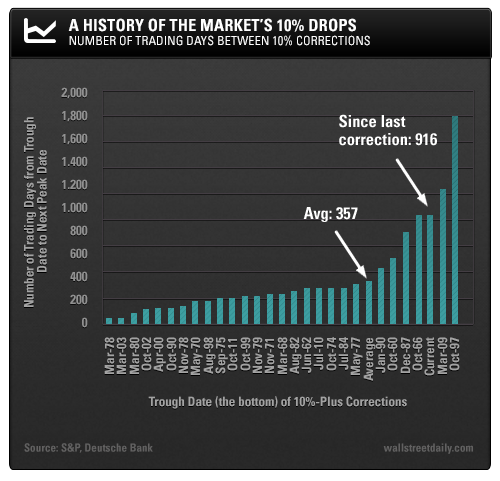 Is Tech Merger Mania the Sign of a Market Top?

It also capped off a frantic month of merger and acquisition (M&A) activity. May experienced a record high of $ 241.6 billion in M&A deals, according to Dealogic.

Well, not every pundit views the red-hot M&A market as a positive.

Several think the strong uptick means a bust looms right around the corner. Particularly in the tech sector.

Take Barron’s Tiernan Ray, for example. He warns that “the signs aren’t good for plain old investors. In fact, the sale of Broadcom smells like a top in the market.”

If you’re looking at chip stocks as the canary in the stock market coal mine, you’ve got the wrong bird. Here are three reasons why…

At first blush, the doomsayers’ concerns are understandable.

After all, the last time we witnessed such a deal-making bonanza was back in May 2007.

In case you’ve forgotten, the market went into a tailspin four months later. The S&P 500 got crushed, losing more than 50% before it was over.

So will history repeat?

Many think so because it’s been forever since the market suffered a mere 10% correction, let alone a full-on bear market.

Specifically, it’s been over 916 days since the last correction, compared to an average interval of 357 days, based on recent Deutsche Bank analysis.

But here’s the truth: Market tops occur when valuations are stretched, not simply because a certain amount of time has passed.

And when it comes to semiconductor valuations, they’re anything but stretched right now. That means chip stocks are a poor basis on which to gauge the future direction of the overall market.

More specifically, over the last 20 years, chip stocks have traded at an average premium of 32.5% over the other companies in the S&P 500, based on price-to-earnings (P/E) ratios. But they’re actually trading at a 15% discount at the moment, according to Sanford C. Bernstein analysts.

So there’s no reason to view the recent semiconductor acquisitions as a harbinger of bad things to come for the broader market or tech stocks.

Put simply, the fundamentals don’t support it. Neither do the technicals…

Evercore ISI analyst Rich Ross told CNBC’s Trading Nation that tech stocks are about to break out, not break down. And in a big way, too.

According to Ross, the Nasdaq has formed an ascending triangle over the past six months, which technicians recognize as a bullish sign. 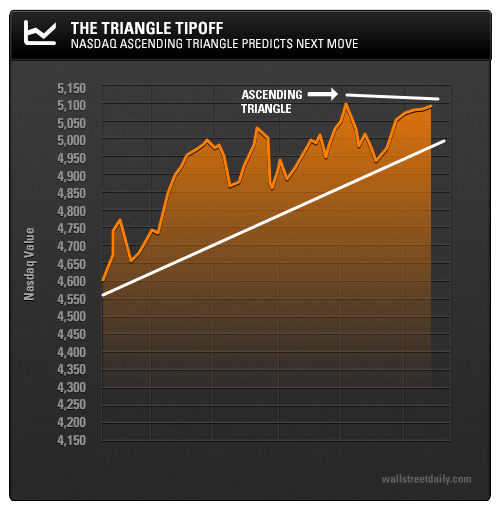 According to Ross, “What I’d like to see happen is for key support to hold around this 5,000 level and then a move above this triangle at that 5,100 level. [That will] set the stage for the next leg up in technology.”

So the fact that the Nasdaq hit a new all-time high on June 3 bodes well for the market. Momentum is clearly on the bulls’ side.

Reason #3: An Accelerating Wave of Consolidation

Don’t focus too much on the record-setting tie-up between Avago and Broadcom. And don’t try to discern what it means for the broader market against the fundamental and technical backdrops.

You’d be reading far too much into a single deal.

Of course, some will counter that – considering the deal’s size – it’s tough not to make predictions about the overall market. But a steep sticker price alone doesn’t justify putting undue weight on a single acquisition.

When we simply take the deal at face value (i.e., the most obvious and meaningful context), it’s nothing more than a continuation of a broader, multi-year trend. Thus, it’s perfectly normal.

And if anything, it’s a sign that more opportunity lies ahead, rather than danger.

You see, for the past three years, we’ve seen a major semiconductor consolidation trend.

More than 60 M&A deals have been completed, worth an aggregate of $ 50 billion, according to Credit Suisse semiconductor analyst, John Pitzer.

The trend really started to hit its stride in late 2013 into 2014. And it’s obviously continuing into 2015. Some of the headline-grabbing deals include:

Avago’s purchase of Broadcom is the latest deal to be added to the list. But it’s already time to add another one.

Because deal-making always begets more deal-making. And I’m not the only one who understands this.

Why are we both so bullish about the prospects for more deals?

I’ve got several reasons ­– along with multiple ways to play the trend. I’ll cover both in my next column. Stay tuned.

Ahead of the Tape,