Last week the Fortune Ledger team was out in Aspen for our Brainstorm Tech conference, where, among other things, I interviewed Joe Lubin, the Ethereum co-creator who now runs ConsenSys, on stage with Dominic Williams of Dfinity. (You can watch the interview and read about it here.)

Not surprisingly, the duo advocated for decentralized technologies such as blockchain, as an antidote to the increasingly centralized control big tech companies have over our data.

But for all the legitimate reasons to be concerned they cited—pointing to Facebook’s Cambridge Analytica massive data leak scandal as well as sudden policy changes by the likes of YouTube and Twitter that have impacted the livelihoods of their partners—there was also mounting evidence that people may pretend to value privacy more than they actually do.

The subject had also come up last month at Fortune’s Brainstorm Finance conference in Montauk, N.Y., during a panel on mobile wallets and the future of payments, moderated by my colleague Rey Mashayekhi. Asked whether companies need to be mindful of consumers’ data security concerns, Mike Abbott, a senior managing director and digital lead for North America financial services at Accenture, said he’d actually seen such worries decline dramatically over the past decade.

He added, “It’s one of those things we like to talk about, consumer privacy, but consumers don’t give a damn if you’re giving them value for it, sorry.”

That sentiment was echoed last week at Brainstorm Tech by Mark Mahaney, the lead Internet analyst at RBC Capital Markets, who said there was a misperception that the public is getting more worried about violations of privacy. In fact, he added, RBC’s surveys show the opposite trend: “As we keep going through this cycle, we’ll see fewer and fewer people concerned about privacy,” he said.

That doesn’t bode well for new tech platforms that promise greater privacy, such as blockchains, which have been hailed as a way for consumers to control their own data—and share in the proceeds. After all, Mahaney pointed out, social networks like Twitter and Pinterest make more than $ 5 in ad revenue off each of their users in a year. Even if some decentralized entity promised to split that 50-50 with consumers, it would still work out to less than a quarter per month—too small a payment to incentivize most users to switch. Added Mahaney, “It’s not going to happen, it’s a pipe dream.”

Still, Dfinity has raised hundreds of millions of dollars from investors—valuing it at roughly $ 2 billion—with a similar vision of replacing the big Internet giants. Now it will just have to get enough of the public to care.

Send feedback and tips to ledger@fortune.com, find us on Twitter @FortuneLedger or email/DM me directly at the contact info below. Please tell your friends to subscribe.

…Rekt. You can buy bots to fake your crypto trading volumes for as little as $ 6,000. A Chinese peer-to-peer lending company is exiting that business. Warren Buffett-backed Indian fintech company Paytm won’t go public for at least several years. Circle is moving most of its business to Bermuda. Blockchain startup funding is plummeting. Tron founder had to postpone his lunch with Warren Buffett.

In lieu of Balancing the Ledger this week, check out our special dispatch from last month’s Brainstorm Finance conference in Montauk, N.Y.: “7 CEOs on the Future of Bitcoin.” We asked the same question to everyone from Western Union CEO Hikmet Ersek and Ellevest CEO Sallie Krawcheck to Digital Currency Group CEO Barry Silbert, and got their long-term outlooks for the cryptocurrency.

Meet Libra’s female co-founder. If you’ve been following Facebook’s recent launch of its Libra cryptocurrency project, you’ve probably heard of David Marcus, who’s heading that unit. But a 26-year-old woman has played at least as big of a role—albeit mostly behind the scenes—in the project, according to CNBC. Here’s an excerpt from its new profile of the woman, Morgan Beller:

But in the blockchain community, Beller is known as the original driving force behind Facebook’s push into cryptocurrency. On LinkedIn, Beller lists herself as head of strategy for Calibra as well as co-creator of Libra — one of three Facebook employees to do so, alongside Marcus and Vice President Kevin Weil.

“Morgan was really the first one, at least to my understanding,” [Howard] Wu said. “She’s done a fantastic job of getting other people in the cryptocurrency communities to get on board with Libra. She has a very outsize value-add from that alone.” 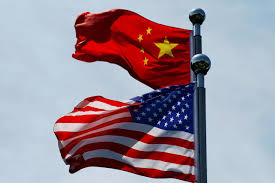 How to Use The Payforit Payment Method 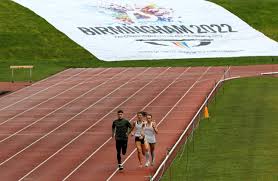 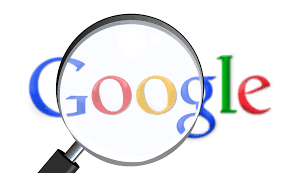 New Alphabet chief started at Google, made name with Android 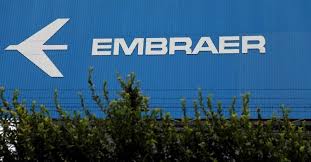