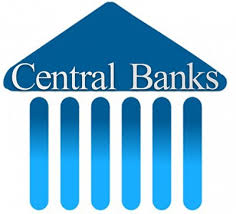 Many think the European Central Bank will cut rates soon

THE EUROPEAN CENTRAL BANK’S firepower is sadly depleted. The interest rate on the reserves that banks hold with it is sub-zero; its quantitative-easing (QE) scheme has hoovered up assets worth €2.6trn ($ 2.9trn)—equivalent to over a fifth of the euro area’s GDP. Even so, in June Mario Draghi, the bank’s boss, promised further stimulus if the economy does not buck up. Statistics published since then suggest little recovery. Cue much speculation about another attempt to revive growth.

Many expect an announcement at the bank’s meeting in September, along with updated economic forecasts. But its next gathering on July 25th could still surprise, or at least lay the groundwork for stimulus. With individual instruments nearing limits, it is expected to deploy a combination.

Of late its weapon of choice has been guidance on the path of interest rates. It has promised to keep rates steady for longer, at least until mid-2020. But markets expect rates not merely to stay on hold, but to fall—by a tenth of a percentage point, from -0.4%, in coming months.

Banks complain that negative interest rates shrink their margins: they have to pay the central bank to hold their deposits, but fear that if they pass negative rates on, their depositors will withdraw their cash. Profits and lending both fall, preventing the rate from transmitting to the real economy. For now, the ECB reckons it has not reached the “effective lower bound”—the point at which the expansionary effects of negative interest rates stop outweighing any costs. But unwanted side-effects may appear as rates go lower.

Some economists therefore expect attempts to mitigate the negative impact of rate cuts by excusing banks from negative rates on some excess reserves. Even then rates may be not far off the lower bound. Analysts at BNP Paribas, a bank, think they can fall by at most 0.4 percentage points before that moment comes.

That limited space is why some economists also expect the bank to restart QE later in the year. Daniele Antonucci of Morgan Stanley, a Wall Street firm, expects the bank to announce monthly purchases of government and corporate debt of €45bn. But the bank’s self-imposed limit on the share of a country’s sovereign debt it can own, of 33%, means this pace probably cannot be sustained beyond a year.

This ceiling would need to be lifted if any expansion of QE is to seem credible to investors, reckons Spyros Andreopoulos of BNP Paribas. Though QE’s legality is questioned in Germany, in December the European Court of Justice ruled that the ECB was acting legally, appearing to give it room to raise its limit up to 50%. (The case returns to German courts at the end of the month, but judges are expected to bow to the ECJ.) In any case the bank would need to rethink another self-imposed rule, says Mr Andreopoulos: that it avoid holding shares of individual securities large enough that it can sway the outcome of investor votes on any future debt restructuring.

Even with all this, the ECB’s ability to cope alone with a serious downturn would be limited. Even as Mr Draghi assured markets he had the firepower, he warned that without fiscal support monetary easing risked being slow to boost the economy, with possible unwanted side-effects. Negative borrowing costs across many member states make the case for dusting off fiscal tools even more obvious. But Europe’s governments guard their ammunition more jealously than central bankers do. ■