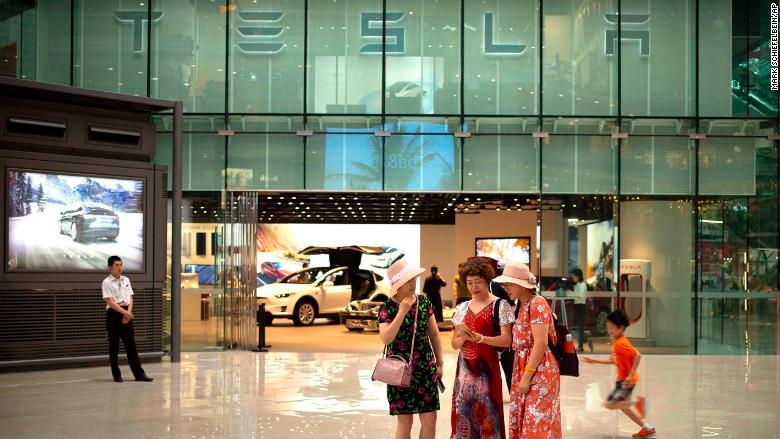 Tesla’s stock surged 7% in late trading Tuesday after the company said it produced 87,048 vehicles in the second quarter while delivering 95,200, a surprisingly strong performance that exceeded analyst forecasts.

“Orders generated during the quarter exceeded our deliveries, thus we are entering Q3 with an increase in our order backlog,” Tesla’s statement said. “We believe we are well positioned to continue growing total production and deliveries in Q3.”

The company also said it “made significant progress” in its logistics and delivery operations to handle higher production levels, a process that could address two key investor concerns about the company: reducing costs per vehicle and shoring up its capital.

In early May, Tesla said it would raise $ 2.4 billion in a stock and bond sale. The news, coming a week after the company posted a wider-than-expected loss, led to a spate of bearish analyst reactions. One longtime Tesla bull said Tesla was facing a “code-red situation” and a “Kilimanjaro-like uphill climb.” Others speculated about a buyout by Ford or Apple. Morgan Stanley warned the stock could fall as low as $ 10 a share.

At the end of the first quarter, CEO Elon Musk indicated that the company would deliver between 90,000 and 100,000 vehicles. Musk separately urged employees in a June 25 letter to push hard for that goal. “There is a lot of speculation regarding the vehicle deliveries this quarter,” Musk wrote. “The reality is that we are on track to set an all-time record, but it will be very close.”

Tesla’s stock, which closed down 1.2% at $ 224.55 a share in active trading Tuesday, rose as high as 7% to $ 240.28 a share in afterhours trading on the news. As encouraging as the increased production and deliveries is, Tesla still faces something of an uphill battle.