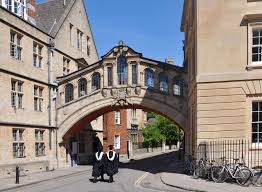 Another European fund manager runs into concerns over liquidity

COMPANIES AND governments need to borrow money for years or decades. But ordinary savers often want instant access to their nest-egg. That age-old mismatch is the origin of many of modern finance’s intermediaries, from banks to fund managers. They promise to lend money for long periods, backed by money they must return to their own creditors and investors at the drop of a hat. Aided by regulation, the arrangement usually helps savers to save and borrowers to borrow. The trouble is, it does not always work so seamlessly.

Fears over the “liquidity mismatch” created by such intermediaries have recurred in recent months, notably in Europe. They resurfaced on June 18th, when an article in the Financial Times highlighted how H2O, a fund manager based in London that invests mainly in government and big-company bonds, had a sideline lending money to smaller businesses. Their bonds are far less liquid, meaning that it may be hard to find a buyer quickly and at a reasonable price should the need arise. In theory, that might result in the fund being unable to repay its own customers immediately, should many of them demand the on-the-spot access they had been promised.

Investors took fright. It hardly helped that the illiquid bonds in question (worth €1.4bn, or $ 1.6bn, out of about €30bn in assets under management) were issued by a slew of companies connected to Lars Windhorst, a flamboyant German financier famed for past blow-ups. Assets managed by H2O melted faster than an ice cube in a heatwave, down over €5bn as investors headed for the exit. Shares in Natixis, a French bank that owns half of H2O, fell 12% on June 20th after Morningstar, a fund-research adviser, raised its own concerns.

Banks usually benefit from central banks acting as lenders of last resort if large numbers of depositors suddenly demand their money back. Not so fund managers. Their mismatches used not to matter much. Funds like H2O mostly invested in mainstream bonds and shares, for which sufficient buyers could be found in a pinch. But the past decade’s low interest rates have seen fund managers take on greater risk, in more obscure corners of finance. Investing in less liquid securities boosts returns—and management fees.

H2O is not the first to be caught out. Last summer GAM, a Swiss fund manager, suspended a star trader who had loaded up on esoteric paper. Its shares have since lost over 60% of their value. Neil Woodford, once a star stockpicker, ran into similar trouble earlier this month. When the big-company shares he was famed for investing in started to offer ho-hum returns, he turned to taking stakes in small unlisted companies. These stakes are far trickier to unload in a hurry. But investors were still entitled to money back on demand.

Or not. GAM and Woodford had to “gate” their clients’ money as client redemptions threatened to overwhelm their ability to generate cash by selling their funds’ assets. That annoyed investors, but helped ensure the funds are not forced to sell illiquid assets at fire-sale prices. H2O’s funds include provisions whereby investors pulling their money amid a wider outflow have to accept a small discount. So far it has proved capable of meeting hefty redemptions.

There are other reasons to worry about liquidity in the bond market. Investment banks that match buyers and sellers of securities used to grease the system by holding troves of bonds on their own balance-sheets. Rules curtailing that practice since the financial crisis may have worsened liquidity mismatches elsewhere. Regulators seem aware of the problem. On June 26th Mark Carney, the Bank of England’s governor, denounced funds promising daily redemptions while investing in hard-to-shift paper as “built on a lie”. Too true. ◼