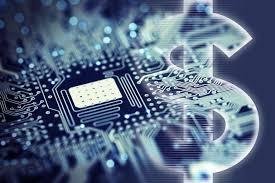 Brainstorm Finance: Banking’s Future Will Be a Battle Over Consumer Trust

It all comes down to trust. And, of course, fees.

“Our opening comes from the single great challenge that we as a financial industry are facing,” Andrei Cherny, CEO of online-only bank Aspiration, said Thursday at Fortune’s Brainstorm Finance conference in Montauk, N.Y. “If you’re a financial industry executive and you are not solving first and foremost for trust, you’re whistling past the graveyard.”

The evidence is already showing, according to panel moderator, Fortune senior writer Jen Wieczner. She cited online bank and panel participant Chime, with its four million accounts, about four times the number a year ago. She also noted that Chime is adding 250,000 new accounts per month while Wells Fargo added 200,000 new digital accounts per month in the first quarter this year.

Consumers feel costs are too high and they are being taken advantage of, which leads to a sense of mistrust, panelists said. “We target everyday Americans, mainstream Americans that are fed up with the fees that Andrei was speaking of,” panelist Chris Britt, Chime’s founder and CEO, said. “We’re able to offer products at a very low price. That’s resonated with a lot of people.”

Another panelist, Luvleen Sidhu, co-founder of online bank BankMobile, pointed to the industry’s $ 34 billion a year in overdraft fees and the impact on consumers. “It’s more than what they’re paying for vegetables,” she said.

The result is alienation. Younger consumers, who have fewer resources, are “often left out,” said Kenneth Lin, founder and CEO of Credit Karma, which has about 100 million members. “Banks need a large group of people who actually say they want change,” Lin said. “They don’t want another way to pay for a cup of coffee. They want another way to actually get the very best rates.”

Pricing with traditional banks is “adversarial; it’s all fee-driven,” Britt said. And an adversarial relationship isn’t one that develops trust.

Online institutions on the panel said they are using technology and innovation to drive down costs to help improve the sense of trust. Centralized digital operations eliminate the cost of branches. Chime makes its revenue “almost entirely on interchange” payment processing fees, Britt said. Those are the small percentage fees banks get from retailers and other merchants for processing credit and debit card payments.

BankMobile focuses on “high-volume acquisition at very low cost” through partnerships with companies and universities, Sidhu said. Credit Karma makes its money by matching consumers with credit and banking products.

As Chime’s Britt put it, the secret is to “figure out ways to delight the consumer and wake up every morning and try to figure out how to reduce fees.”

—Andreessen Horowitz: How Facebook’s Libra cryptocurrency will be governed

—Welcome to the next generation of corporate phishing scams