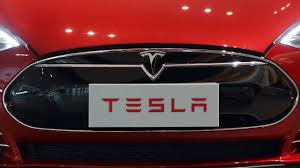 The insiders want their money out.

Many Tesla outside investors and analysts have been jumping ship from the “quagmire” some see the company having become, as Fortune previously reported. But it’s not just them. Some Tesla insiders—directors and current and former officers—have been consistently exercising options and then selling most or all of those shares, pulling millions of dollars out in the process, according to documents reviewed by Fortune.

Data from public filings and Factset Research, compiled for Fortune by Management CV, which monitors activity of senior executives that run public companies, shows that a number of insiders have, over the 18 months through June 10, 2019, performed combinations of purchases and sales that have left them with millions of dollars in net proceeds and roughly the same amount of stock as they already had.

The data show that some directors and executives were exercising options to buy stock at far below current market prices and selling virtually identical numbers of shares at market prices on the same days, thereby extracting value. The purchases and sales appear to have happened under a so-called Rule 10b5-1 plan, in which executives set their buying and selling strategies and schedules in advance so they can’t be accused of insider trading.

While there is nothing illegal or unheard of about this process, it raises potential red flags for investors. First, it becomes more difficult for individual investors who may depend on annual proxy statements and other SEC filings to track insider selling, and lack the necessary research time and other data sources to see the trading patterns.

Second, the trading raises the question of whether insiders, who may have held some low-strike-price options for years without having to buy the shares, think the stock remains a good longer-term investment. Although Tesla stock has seen substantial recovery in the last week, rising from the June 3 close of $ 178.97 to $ 213.91 a share at the end of Thursday, the share price is still far below its level of nearly $ 350 in mid-January 2019.

Occasional examples of essentially flipping options can be found in other companies, including other auto manufacturers. What stood out to experts was the concentration of insiders engaging in this strategy at Tesla, something an examination of some filings did not show before this 18-month period.

The theory behind using options or stock as compensation is that executives will have similar interests to shareholders, and everyone will hope to make money from increased share value over time. In this case, some of the insiders exercised older options with strike prices in the $ 20 to $ 30 range and then immediately sold them, profiting in the difference between the strike and current prices.

The insiders weren’t selling shares they already explicitly held. In addition, over time, they’ve received additional options at much higher strike prices. “Nominally, my beneficial equity stake is the same as it was, but what I’ve done is extract that wealth,” said Management CV CEO Renny Ponvert, of the data. Insiders who follow this pattern may have less “real money at risk,” as Ponvert said, meaning their interests may not seem as aligned with those of outside shareholders.

Tesla and the insiders did not respond to a request to Tesla for comment.

Some examples are Antonio Gracias, founder of Valor Equity Partners, which was the first institutional investor in Tesla, according to a case study prepared by University of Chicago Booth School of Business professor Steven Kaplan. Valor invested $ 14.5 million into the company, generating almost $ 140 million for its funds before exiting the investment in 2012.

Gracias has been the lead independent director of Tesla since 2007. Over the last 18 months, he netted out $ 28.4 million in cash through selling shares and exercising options, at prices around $ 30 a share. However, the total number of shares that he bought and sold after the transactions during the year-and-a-half exactly balanced, so he had planned to sell as fast as he exercised them. As of the end of 2018, he still had options left for 288,600 shares and held 500,826 shares, according to the latest Tesla proxy statement.

Brad Buss has been on the Tesla board since 2009 and is listed as an independent director. He was the CFO for SolarCity, the solar panel installation company co-founded by two cousins of Tesla CEO Elon Musk, until 2016, the year that Tesla bought the company. Musk had also been chairman of SolarCity. Buss pulled out $ 17.9 million from his shares, finishing with a net increase of 4,666 shares. He had 204,082 option shares outstanding and held 165,790 shares at the end of 2018.

There are many possible explanations for why a given insider might decide to sell shares, including paying taxes on exercised options, freeing cash to diversify holdings, or covering some bill like the cost of a child’s college education. In fact, in a few cases, an examination of SEC filings showed that some sales of shares were automatic to cover taxes. Some older options from 2012 had expiration dates in 2019, which could have prompted their exercise, although it wouldn’t necessarily explain the immediate sale of the resulting shares. Insiders often treat options as a way of holding potential shares while delaying any cash outlay.

“You can never fully understand or determine what is going on inside the profile of one individual director and his or her financial plans,” said Bill Francavilla, an investment advisor. “But if several [insiders] are selling and you see a trend, that might be something different.”

For example, if a number of insiders are flipping most or all the shares they acquire from exercising options, it could also be a sign they have less confidence in the future value of the shares. “I would be suspicious and expect to pay a lot more attention if I was a shareholder,” Francavilla said.

While others sell, Musk buys

There are four common reasons why someone in Musk’s position might be bulking up his holdings, particularly when buying shares on open markets: to signal to shareholders his belief in the company, to build a bigger shareholder voting position, to deal with demands from bank loans, or to short the stock.

Trying to build a bigger voting position seems highly unlikely. The number of shares he’s gained are insignificant in comparison to either the nearly 38.6 million he already holds, according to the 2019 proxy statement, or the total number of outstanding shares. Given Musk’s antagonism toward short sellers, taking such a position might also seem unlikely, although certainly conceivable and one impossible to discern from the outside.

That leaves two potential reasons. One is to promote faith in the company.

“We’ve seen a lot of executives of public companies buying,” said Timothy Speiss, co-leader of the personal wealth advisors group at EisnerAmper. “It’s often that they’re buying form their heart and they’re trying to show support for the company.”

However, in Musk’s case, Tesla’s 2019 proxy statement shows that he has “13,394,056 shares pledged as collateral to secure certain personal indebtedness,” which is almost 35% of the 38.6 million shares he beneficially owns.

Investor Danny Moses, who does hold short positions on Tesla stock, thinks that at least part of Musk’s purchases are because of a cash crunch. In early 2019, Musk took out $ 61 million in mortgages on five properties in California, according to the Los Angeles Times.

According to the Tesla proxy statement, the company’s board requires that “the maximum aggregate loan or investment amount collateralized by such pledged stock does not exceed twenty-five percent (25%) of the total value of the pledged stock.” With the lower share value, it could be that outstanding loans might have exceeded the value of the stock, which would mean Musk would need more shares to meet the requirement.

A Tesla spokesperson called the suggestion that the purchase was a pledge requirement “patently false” and added that Musk was only trying to convey confidence in the stock.

Whatever the reasons for all the trading, investors might want to look closely before catching a ride with Tesla.