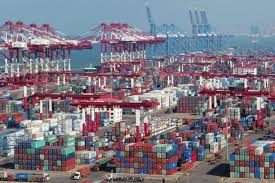 Group of 20 finance leaders agreed to describe trade and geopolitical tensions as “intensified” and pledged to take further action to address these economic risks, three G20 sources said as a second day of meetings got underway on Sunday.

After rocky negotiations that nearly aborted the issuance of a communique, the G20 finance ministers and central bank governors gathered in Fukuoka, Japan agreed to affirm language on trade issued in Buenos Aires, Argentina last December, the sources with knowledge of final communique language said.

The Buenos Aires meeting launched a five-month trade truce between the United States and China to allow for negotiations to end their deepening trade war. But those talks hit an impasse last month, prompting higher tariffs on both Chinese and U.S. goods as the conflict nears the end of its first year.

The G20 source said that the communique to be issued later on Sunday will say: “Most importantly, trade and geopolitical tensions have intensified.”

The final communique will also say the G20 leaders “will continue to address these risks and stand ready to take further action,” the source told Reuters. “We reaffirm our leaders’ conclusion on trade at the Buenos Aires summit.”

Mnuchin described the meeting as having parallels to the two presidents’ Dec. 1 meeting in Buenos Aires, when Trump was poised to hike tariffs on $ 200 billion worth of Chinese goods. [nL2N23F03L]

Trump took that step in May and is poised to impose tariffs on a remaining $ 300 billion list of Chinese goods around the time of the Osaka summit.

At the Buenos Aires meeting, the G20 leaders described international trade and investment as “important engines of growth, productivity, innovation, job creation and development. We recognize the contribution that the multilateral trading system has made to that end.”

The leaders in that communique called for reform of the World Trade Organization rules that were falling short of objectives with “room for improvement,” pledging to review progress at the Japan summit.