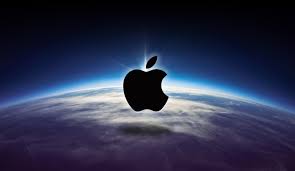 WWDC, Apple’s annual developers conference, is an obsessively curated affair, an attempt by the tech giant to put its best foot forward not just for programmers, but its customers and investors as well. On Monday, just as executives were unveiling new innovations, however, a monkey wrench was tossed into the proceedings, as reports emerged of a possible antitrust probe.

According to Reuters, the U.S. Department of Justice is considering investigating Apple on antitrust concerns. The two unnamed sources cited by Reuters didn’t specify what particular issues could be leading to an antitrust probe.

Apple’s stock, which had been slightly positive earlier in Monday’s trading session, was down as much as 2.4% at $ 170.87 a share following the report. By the end of the official trading day, Apple’s stock had rebounded slightly, closing down 1% at $ 173.30 a share.

The Justice Department’s antitrust division has been meeting with the Federal Trade Commission in recent weeks to discuss investigations into big tech companies, including Apple, Facebook, Amazon, and Alphabet-owned Google.

Last month, the U.S. Supreme Court ruled that an antitrust case brought by iPhone consumers against Apple could move forward. The case centers on a 30% commission that Apple takes on sales of iPhone apps in its App Store, which plaintiffs are arguing pass on to consumers in an unfair use of monopoly power. An informal survey of tech workers showed that many agree Apple’s App Store is in fact a monopoly.

Since May 1, Apple’s stock has lost about a fifth of its value on a number of concerns, including a slowdown of smartphone sales in general and the iPhone in particular, and the impact that an escalating trade war could have on Apple’s financials.

At WWDC on Monday, Apple made several announcements, including a trailer for an Apple TV Plus original series, upgrades to the Apple Watch software, a new Mac Pro, new health-related apps, and details of new features in both iOS 13 and the next Mac OS.

—After rejection, this unicorn is eyeing an IPO to raise $ 1 billion

—AT&T has become a new kind of media giant