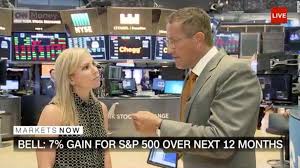 Does Today’s Market Plunge Point To More Losses Ahead?

U.S. markets took heavy losses Tuesday on continued worry about trade, overheated activity, and growing federal government deficit spending. The S&P 500 was down 48 points or 1.65%; the Dow lost 473 points, or 1.79%; and the Nasdaq was off by 160 points, or about 2%.

It could have been worse except for a slight rally at 3:30. While today’s plunge didn’t set any records, it was the Dow’s worst day since January and more cautious experts see warning signs.

“The Fed said, ‘We’re on pause,’” said Hugo Rogers, chief investment strategist at Deltec Bank. “It dampened the market’s expectations for an imminent rate cut.” As Rogers put it, the Fed had led investors to believe that it had an insurance policy in case of really bad times. But with strong job growth and ongoing economic performance, it has said signaled there will be no more cuts, for now.

“The market is being very greedy here,” Rogers said. It is “pricing both a rate cut and pricing a recovery in earnings and growth. You can’t have both. The Fed is not going to cut rates if the easing financial conditions they’ve already initiated [lead to] further growth.”

The ongoing trade war with China is another issue. “In China, we see significant problems, even with the stimulus we’ve seen so far,” Rogers said. The country is trying to substitute government debt for corporate to stimulate the economy. But the government needs cash coming in to make that happen and an important route is trade.

“China is very vulnerable here,” Rogers said. “Trump’s got them over a barrel. The incentives to get a deal done are high. If there’s not some sort of détente, growth is not going to accelerate. It could end up decelerating.”

And then there is the overheated state of the market, particularly in the tech sector, according to Bill Smead, CEO and lead portfolio of Smead Capital Management. “[The tech stocks have] maintained their popularity and Wall Street is shoveling out billions of dollars of new companies that are supposed to benefit from the same trend,” Smead said. “At a market top, you don’t get a huge seller at the top, you run out of buyers. He thinks that’s the “risk this market is facing” for the next six to 12 months.

Smead says that Monday and Tuesday have been a sign that “the market wants to revert to the mean.” If so, investors better buckle up.