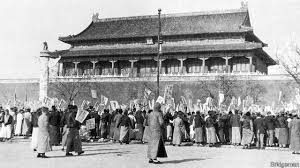 THE YEAR 2007, when Emi Nakamura earned her PhD, was a strange one for her chosen discipline of macroeconomics. It marked a turning point between complacent consensus and humiliating division. Pre-crisis macroeconomics had such strong faith in the stabilising power of monetary policy that it neglected the dangers of financial shocks and the merits of fiscal stimulus. Like joining the cavalry in 1914, it was presumably a bad time to be entering the profession.

Not a bit of it. “I think it was a good time,” says Ms Nakamura, who now works at the University of California, Berkeley, and this week won the John Bates Clark medal for the best economist aged under 40 in America. “Macroeconomics”, she points out, “is a countercyclical field.”

Yes, financial shocks of the sort that caused the Great Recession were understudied, but the consequences were Keynesian, she says. And the need for a response turned theoretical curiosities (such as the liquidity trap that can stymie monetary policy) into major policy dilemmas.

For students of economic ups and downs, the crisis also met a crying need: for a new data point, a new down-and-up to examine. The lack of data had made macroeconomics unfashionable. Its practitioners crunched the same quarterly, national numbers, which failed to illuminate ever more refined theories of how the economy worked. Microeconomists were having all the fun, plundering new sources of evidence and reinventing old techniques for divining cause and consequence. They were also snaffling most of the medals. Of the 17 Clark winners between 1995 and 2018, only two or three showed much interest in booms and busts.

Inspired by microeconomists, Ms Nakamura and Jon Steinsson, her frequent co-author, set about enlarging the macro data repertoire. They extended some series and unpacked others. To study price inertia, for example, they dismantled the consumer-price index into its constituent parts: thousands of prices, stretching back to the Great Inflation of the 1970s. (They used a retrofitted scanner to glean older prices from microfilms that were not allowed to leave the Bureau of Labour Statistics building.) They confirmed that, outside of sales, prices were indeed slow to change, contrary to blackboard theories. They discovered, surprisingly, that periods of high inflation did not scramble price signals by driving prices too far out of synch with one another.

To study fiscal stimulus, they divided America (one unit of analysis) into its constituent states (50). That enabled them to measure the impact of extra Pentagon spending (a source of fiscal stimulus unrelated to economic misfortune) on states with a large defence industry, relative to those without. And to illuminate monetary policy, they turned from the usual yearly or quarterly data to finer slices of time, examining the impact of unexpected Federal Reserve actions and utterances in the minutes after they reach the markets.

Lately, Ms Nakamura has looked at “jobless” recoveries. She argues that jobs have grown more slowly in recent upswings because women’s participation in the labour force is no longer converging quickly with men’s. In earlier decades, firms took advantage of the recovery to snap up women. Hiring was swift, as employment caught up with women’s accelerating desire to enter the workforce. In more recent upturns, hiring was more tepid, as employment caught up with a stagnant trend.

Not all professions are the same, of course. In economics, if not in the American economy, the scope for female convergence remains vast. Forty-one people have won the Clark medal. Just four, including Ms Nakamura, have been women.