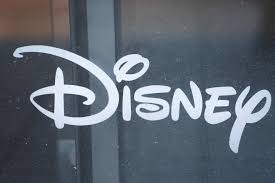 CEO Pay: What Was Disney’s Board Thinking?

If you asked Disney CEO Robert Iger how 2018 went at work, he’d probably say great, given the company’s success its businesses, hot reception for the new streaming service, and Monday’s five-year high stock price. Plus, there is the $ 65.6 million in compensation he received over the year, according to the company’s current proxy statement. The number meant a CEO-to-median employee pay ratio of 1,424 to 1.

The compensation part has not sat well with many. Abigail Disney—granddaughter and grandniece of brothers and co-founders Roy and Walt Disney—called the pay ratio “insane” in a tweet on Sunday. “What on earth would be wrong with shifting some of the profits—the fruits of these employees’ labor— to some folks other than those at the top?” Disney wrote. In the 2018 shareholder advisory vote on executive compensation, more than 52% disapproved. (This year, 39.9% voted in favor after the company cut tens of millions in Iger’s future pay.)

But even if Iger must struggle on with still making tens of millions annually, the question of his compensation raises the question of how much CEOs should make and what could compel a company’s board of directors to agree to such a large pay package.

Nell Minnow, vice chair of ValueEdge Advisors and corporate governance expert, directly owns some shares of Disney and was one who voted against the pack packages in 2018 and 2019, although she praises Iger’s leadership.

“It’s too much [money] and it’s badly structured,” she said. “I think of pay like any other asset expenditure of a company, with return on investment. I’m always very leery of retention-based pay, and I think that’s how these stock grants are justified.” A focus on retention can turn pay into a ‘given’ rather than an amount that is predicated on the CEO further improving company performance.

Alex Edmans, professor of finance at the London Business School, thought that in the long view, Iger’s compensation is fair because of the long-term value he’s brought to the company. Edmans thinks that critics may have twisted view of compensation, especially when they focus on pay ratios and median salaries. “They are based on the pie-splitting mentality, that the firm is a fixed pie and anything that goes to the CEO is at the expense of workers,” Edmans said. Instead, he looks at the “pie-growing mentality,” where there is additional value.

“The important thing is if you create value, what is critical is to make sure that the value is shared with the wider world,” Edmans said. “I’m a fan of giving shares to all the employees. Some say let’s bring the CEO down. I’d rather bring the workers up.” Abigail Disney claimed on Twitter that many of the lowest-paid employees of the company “worked full time and yet we’re living at or below the poverty line.” (Disney did not respond to an immediate request for comment.)

But how or why would Disney’s board agree to such a package, especially given that the 68-year old Iger is closer to the end of his career than the start? “This is a tricky thing,” said Marc Hodak, a partner at compensation consultancy Farient Advisors. He thinks the board took the gamble that shareholders, though they might be miffed by Iger’s pay, would not be upset enough to sell and push the stock price down over Iger’s compensation or the pay ratio.

Hodak sees three possible reasons the board gave Iger such a huge package. The first is the cost of having someone else as CEO. “The primary thing that they’re probably considering is the value of having their CEO in that chair versus the next best person they can get in that chair,” Hodak said. If the next best person they could hire as CEO would be less effective than Iger, the loss in value of the company could dwarf the pay difference.

The makeup of the board is unusual in that of the nine members, Iger is the only one from Disney. The remaining are independent, with four women and five men. The directors include Mary Barra, chairman and CEO of General Motors; Safra Katz, a co-CEO of Oracle; Mark Parker, CEO of Nike; Michael Froman, vice chairman and president of strategic growth at Mastercard; and Derica Rice, executive vice president of CVS Health and president of CVS Caremark. Outside of Iger, the longest-serving director, having joined the board in 2007, is Susan Arnold, an operating executive of equity investment firm The Carlyle Group. All the other members were appointed between 2017 to 2019.

A second issue might be the power of a CEO over a board. “It’s possible that the board is making an honest judgment of yes, that’s what he’s worth,” Hodak said. “And it’s possible that the board is rolled over by virtue of the power of his success and tenure.” A powerful CEO will sometimes negotiate for more just because he or she can. Additionally, there are the compensation consultants. Disney uses Frederic W. Cook & Co., according to the latest Disney proxy statement. Multiple studies have found that companies using a compensation consultant tend to have higher CEO pay.

The third potential dynamic would be that the board doesn’t have a strong succession plan. If there isn’t a next choice ready at the wings of the business stage, the directors might have felt forced to bid up Iger’s pay to keep him in place and mask their lack of preparation.

Regardless, for a company that produces blockbusters, this one did not go over well with the audience.