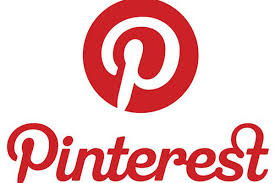 Pinterest IPO Prices at $19: This Investor Found it For Pennies

As Pinterest shares start trading with a valuation reaching $ 12.6 billion, plenty of VCs are no doubt thinking: Why didn’t we get in that deal early? So we tracked down one who did: Sarah Tavel, then of Bessemer Ventures, and now a General Partner at Benchmark Capital.

Back in 2011 the Pinterest ‘team’ (if you can call it that) was made up of five employees including co-founders Ben Silbermann and Evan Sharp. They were based out of a small dark house in Palo Alto, Calif. where a man named “Dave” was living in the office—though he wasn’t an employee, according to a 2012 keynote address by Silbermann. “Dave was a pretty late riser, so sometimes we’d be talking to investors and this guy would just roll out—’don’t mind me, I’m just taking a shower’,” he said at the time. “And investors either loved it or hated it.”

Tavel and her then colleague Jeremy Levine were intrigued. They saw an opportunity in the then untested, but now lucrative, bet at a time when shares were priced somewhere between 12 cents to 17 cents apiece, per the company’s public filing.

Tavel had been invited to use Pinterest, then an invite-only platform, in 2011 after a friend on Facebook brought her into the fold. Her Interest was piqued after using the pin board as it found a niche somewhere between social media and commerce in a way Twitter and Facebook had not been able to do. She emailed Pinterest in March of that year. It was roughly a year after the social site had launched. (Tavel says she met with an earlier Silbermann venture—retail app Tote—in 2009, but “missed the Seed round.”)

“I started to compare their traffic to some of their competitors through a web traffic tool using Alexa and I saw they were pulling away from the pack,” she said. (She says at the time companies like Svpply and Polyvore would have been considered competitors).

So when the New York-based Levine was in town, Tavel suggested a last-minute afternoon meeting between Pinterest and Bessemer—with just 10 minutes until Levine had to leave for a 4 p.m. flight back home in the rain. The duo pulled up to the small apartment that had been specially vacuumed in preparation for their arrival, and where Tavel suspects she saw a sleeping bag under a desk. But soft-spoken Sibermann gave an articulate presentation of the company’s vision.

What really impressed her: Though Pinterest, which was invite only at the time with about 30,000 users, these users were “obsessive”—spending long-stretches of time on the platform, and, if she remembers correctly, coming back over 20 times a month. “I had been looking for a company that looked like Pinterest for over a year,” she said. “The only thing Jeremy and I were worried about was ‘how do I get this deal?’… We thought it was this competitive deal.”

Levine at the time was on the board of web-hosting firm Wikia. So they called up Wikipedia and Wikia co-founder Jimmy Wales, who was a hero to Silbermann, and convinced the entrepreneur to make time for the Pinterest co-founder and talk about working with Bessemer. Despite that, it was a hard sell to Pinterest, with significant negotiations around pricing. Pinterest later successfully raised $ 10 million in that Series A round led by Bessemer in 2011.

And since the investment, Pinterest has changed substantially. In the early days, Pinterest had relied on Twitter’s follow model, showing users content only from other Pinners that they had subscribed to. Now the site shows a wider range of images (and, of course, ads) based on similar content and image searches.

Tavel, who ended up leaving Bessemer to be Product Manager at Pinterest, discovered just a few years ago that Bessemer in fact had no other VC firms vying for the deal, she says laughing, adding that she hadn’t expected it to have been a contrarian bet.

Bessemer is now Pinterest’s largest shareholder with 13.1% of shares now worth roughly $ 1.1 billion, and it has the most voting power in the company. As for Tavel, she left Pinterest in 2015 to rejoin the VC world but is still invested and has options from her time working at the company. She still pins recipes, wines, books, and Japanese beers she wishes she could drink— but as a new mom she says she’s doing what any good pinner would do: saving that idea for another day down the road.