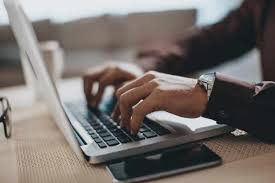 Analysts have previously said that digital services will be a driver for almost all top technology companies in India and could translate into a strong deal pipeline in coming quarters.

TCS, India’s biggest software exporter, said the company has achieved healthy order flows across multiple segments and from all major markets including Europe, the United Kingdom, India and the Middle East.

“That’s one of the big things that give us the confidence about the momentum we see,” TCS Chief Executive Rajesh Gopinathan told a Mumbai news conference.

The company reported record quarterly profit for the three months to March 31 at 81.26 billion rupees ($ 1.17 billion), up from 69.04 billion rupees last year.

The Tata group’s most profitable company posted a more than 18 percent revenue jump in the quarter – its strongest revenue in the past 15 quarters. TCS also ended the period with a fuller order book than in the past three quarters, the company said.

Gopinathan said the company’s most important market – the banking, financial services and insurance segment (BFSI) – has a “fairly strong” outlook.

Mumbai-based TCS and Bengaluru-headquartered Infosys gained prominence by giving Western clients low-cost solutions to problems such as the Y2K bug and then gradually helped to shape changes in international business as outsourcing expanded.

Infosys reported net profit of 40.74 billion rupees for the quarter, against 36.9 billion rupees a year earlier. That compared with an average estimate of 39.56 billion rupees by 33 analysts, Refinitiv Eikon data showed.

“We are at a much more stable place (from where) we were 12 months ago,” he said. “We had given ourselves a three-year period to become fully functioning in terms of stability, momentum and acceleration.”

Infosys expects full-year revenue to rise by 7.5-9.5 percent on a constant currency basis, with an operating margin of 21-23 percent, the company said on Friday.