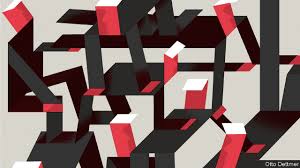 Simple interactions can have unpredictable consequences

CONSIDER THE task economists have set themselves. The global economy is the outcome of near-constant interaction between billions of unique individuals. To attempt to model even a small corner with a few equations is bold, even foolhardy. That economists have made as much progress as they have is impressive.

Might a radically different approach do better? In February the Boston Review, a quarterly magazine, convened a forum to discuss prospects for an “economics after neoliberalism”. “What we call ‘the economy’”, read one of the entries, “is in fact a highly complex, multi-level system. It must be studied as such.” The authors represent “complexity economics”. Though still a niche within the field, its potential impact is profound.

Most economics is centred on equilibrium: an economy’s natural resting state. Solving a set of equations that describes a market, conceived of as populated by predictably self-interested individuals who face various constraints, yields that equilibrium—the prices that balance supply and demand, say, and the level of welfare generated. A researcher can subject such a toy economy to an external shock, such as a new technology or a change in tax policy, and watch it return to a new equilibrium. But no matter how much these models are perturbed, they cannot generate the strangeness of economic events seen in the real world.

Complexity economics draws on strands of the discipline less enamoured of equilibrium. Joan Robinson, a British economist, worried that equilibrium models understated the role of history in determining outcomes. Joseph Schumpeter, an Austrian economist, saw the economy as undergoing constant change, powered by innovation. And Friedrich Hayek, another Austrian, wrote on how the separate actions of individuals could generate “spontaneous order” of incomprehensible complexity.

But a bigger influence is the multidisciplinary study of complex systems, the components of which are well understood but interact to produce unexpected large-scale phenomena. The whole is weirder than the sum of the parts. Flowing water can produce unpredictable turbulence, for example, even though the molecules are obeying simple, deterministic physical laws. In 1984 a group of scientists, most of them fundamental physicists at the Los Alamos National Laboratory, a nuclear-research facility in New Mexico, founded the Santa Fe Institute, a centre devoted to the study of complex systems. In 1987 scientists there met with a group of economists, among them Kenneth Arrow, a Nobel prizewinner, to consider how the study of complex systems might be of use in economics.

The meeting was timely. In the 1970s critics of Keynesian economic models had argued that important macroeconomic relationships, such as that between unemployment and inflation, were not fixed but would change as people observed and adjusted to government policy. A reliable model of the macroeconomy, they reckoned, should have “microfoundations”. It should derive its descriptions of the economy as a whole from mathematical characterisations of individuals’ behaviour. It has become fashionable to scorn such models because they rely on unrealistic assumptions—in particular, that people are rational and purely self-interested. Some scholars are working to improve them by incorporating the insights of behavioural economists. Complexity economists say the project was doomed from the start. Even models based on more realistic descriptions of human behaviour would fail to capture the odd outcomes that can emerge out of interactions among billions of people.

The complexity approach begins with more human humans. People are not purely rational or self-interested, but reason with limited information and follow rules of thumb. Those rules evolve as people learn from and adjust to the world around them. Out of countless interactions complex structures emerge, such as firms and political institutions. These constitute a “meso”, or middle, layer between the microeconomy and the macroeconomy, which affects both. There is no single guaranteed equilibrium: neither a tendency towards a particular outcome nor a point at which everything settles down and scholars can take stock.

How such a system plays out is exquisitely sensitive to the starting position; you have to run history forward to know the result. But much can still be understood. Economists can use powerful computers to see what sorts of things might happen. They can specify decision rules for algorithms that stand in for the people in an economy, choose a starting position and see how the algorithms interact. For example, work by Brian Arthur, a founding scholar of complexity economics, has explored how one of a number of competing technologies can come to dominate a market, even if it is not technically superior. Such exercises show how much history matters. They reveal how seemingly stable systems can flip from one state to an entirely different one: from stasis to industrialisation, say, or from placid financial markets to crisis. César Hidalgo and Ricardo Hausmann, for instance, have explored the link between an economy’s complexity, as determined by bilateral export links, and growth in income per person.

Chaos is a ladder

Orthodox economists also study such matters. Models incorporating increasing returns to scale explain how one firm among many can rise to become a monopolist, or how the actions of self-interested individuals can transform one town into a megacity while another withers. But complexity economists reckon that these oddities are not zigzags away from a path towards a single predictable outcome. Rather, they are the norm.

Complexity has yet to up-end economics. It still provides more metaphors than results. But it offers new approaches to hard questions. In time its contributions will grow—until, perhaps, economics suddenly flips from one way of doing things to another.