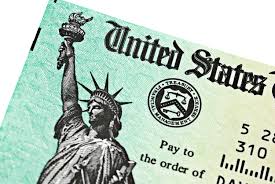 For the first time in 50 years, Bob Charron, a partner and tax practice leader at accounting and advisory firm Friedman, took the standard deduction himself rather than itemizing. No mortgage, good health, and the restriction on SALT deductions for state and local taxes meant no advantage in pulling together the paperwork.

“I have a client who makes $ 4 or $ 5 million a year and takes the standard deduction [now],” because of the new tax rules, Charron said. Another client will defer state tax payments until 2020 and willingly pay a penalty because that way he gets the more valuable federal deduction.

The problems aren’t just for the well-off. “A possible 7.9 million tax payers who had a refund last year might owe money this year,” said Andrea Coombes, a tax specialist at NerdWallet.

It’s been a strange world since the massive 2017 tax cut and overhaul bill, with old favorite deductions cut, the elimination of personal exemptions, and new tax and withholding tables. As April 15 draws near, the realities—some good, others bad—have begun to sink in. The big ones: lower average refunds and surprise tax bills for many who thought they’d get money back.

A new NerdWallet survey of people who had prepared their taxes, although not necessarily filed them, showed some clear winners and losers. Of people expecting a refund, 35% said they were getting less than they did last year, while 32% said their refunds were larger.

Only 18% found themselves facing a tax bill. But of them, a third had received a 2018 refund and 23% owned more than last year.

Unexpected drops in refunds or even bills for more taxes tended to come from a couple of major changes. One was deductions. In addition to the SALT ones, the loss of the non-reimbursed business expenses of employees was tough. Many were accustomed to spending money on behalf of their employers without getting reimbursement and then deducting the amounts on their taxes.

“I’m afraid of seeing people seeing huge tax bills because they didn’t plan for it or didn’t get the expenses reimbursed,” said Patrick Thomas, director of Notre Dame Law School’s Tax Clinic. One example has been truck drivers who pay for fuel and other expenses and are accustomed to taking a tax deduction. The irony is that even with the deduction, they never recover the full amount and so effectively subsidize their employers.

There are also people who used the deduction differently. They might buy something like a computer printer for a home office and assume they could also use it for themselves. “Some people think, ‘I can get a 30% or 40% discount,” because of the tax break they otherwise wouldn’t have received, Thomas said. “That’s something that’s going to be a negative consequence of the tax code.”

But the biggest source of unpleasant surprise may have been payroll withholding. The Trump administration reduced the recommended amounts that companies should withhold for employee tax payments. “They wanted people to see a higher paycheck on a weekly basis, so they’d see higher pay right away,” Charron said.

It might have been a political move to give people a sense that they were making more, or it could have been an attempt to stimulate the economy. Whatever the reason, many people didn’t notice the additional income, and some wound up with an unexpected tax bill.

The average savings of $ 1,182 for a typical household of four and gross income of $ 59,000 the GOP promoted came out to under $ 23 a week, a welcome amount that was nonetheless far from attention-grabbing.

There were also people who did far better and still failed to connect that with smaller, or no, refunds. Leon LaBrecque, chief growth officer at Sequoia Financial Group, had a client whose tax bill went down by $ 10,000 but who still had a tax bill to pay and was upset. “I pointed out that he had received an additional $ 16,000 in his paychecks,” LaBrecque said. “That notion hadn’t crossed his mind.”

There’s always getting ready for next year. Except the NerdWallet survey found only 17% of Americans had plans to check their withholding levels. That may mean not only continued fiscal disappointment but some backlash toward those who sold the 2017 changes as a tax break for the middle class.

According to the old saying, there’s nothing certain but death and taxes. Lawmakers may have found two more to add to the list: confusion and frustration.